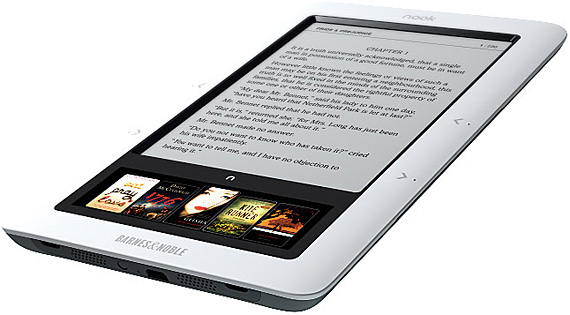 We learned a couple weeks ago that Barnes & Noble lost a key preliminary decision to Microsoft in their patent dispute. A new court filing explains the judge’s reasoning, and sheds light on some of the legal issues behind Microsoft’s effort to collect patent royalties from Android device makers.

Theodore Essex, administrative law judge for the International Trade Commission, wrote in his Jan. 31 decision that Microsoft’s negotiations with Barnes & Noble over the use of Android in the Nook were “certainly hard bargaining,” but he concluded they didn’t qualify as patent misuse.

The judge’s ruling was previously noted in the court docket, but the text of his decision wasn’t initially made public. A redacted version was filed this week: PDF, 18 pages.

The effect of Essex’s ruling was to narrow Barnes & Noble’s legal defense in a trial that took place last week, which focused on three Microsoft patents and technologies used in Barnes & Noble’s Android-based Nook Color, Simple Touch Reader and Nook Tablet devices. A preliminary decision in the broader case is expected in April, with a final ruling from the ITC four months later.

Barnes & Noble has already appealed the Jan. 31 patent misuse decision, as noted by Groklaw last week. The bookseller say that the judge overlooked the central basis of its argument. Write lawyers for Barnes & Noble in their appeal:

“In particular, the ALJ’s decision simply does not address the central basis for Barnes & Noble’s patent misuse defense—namely, that Microsoft’s Android licensing program has improperly leveraged patents covering at most trivial and outmoded design choices and implementation details in order to require OEMs to take licenses (and pay substantial licensing fees to Microsoft) for every Android device they sell, regardless of whether those devices infringe any of Microsoft’s patents.”

Barnes & Noble has previously said that Microsoft wanted “shockingly high” fees for Android. Analysts have estimated that Microsoft is seeking as much as $7.50 to $12.50 per Android device.

The bookseller has alleged that Microsoft’s Android patent campaign violates antitrust law, and it previously retained David Boies,  the lawyer who represented the U.S. Justice Department in its landmark antitrust case against Microsoft, to represent it in the case.

Microsoft says it has reached patent deals with Android device makers representing 70 percent of Android smartphones sold in the U.S.