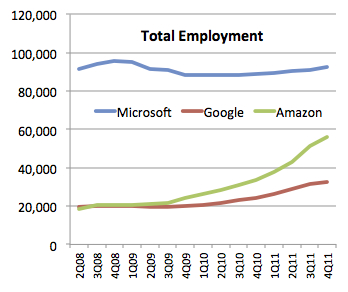 Amazon.com just last year moved into a new headquarters in Seattle’s fast-growing South Lake Union neighborhood. But even that new corporate campus doesn’t appear to be enough to meet the company’s need for more office space.

According to Bloomberg News, Amazon.com is considering the purchase of a portion of a 12-acre parcel in downtown Seattle now owned by Clise Properties. Bloomberg, citing unnamed sources, said that the online retailer is in talks to buy a portion of the parcel which sits between downtown Seattle and the company’s new headquarters in the South Lake Union neighborhood.

Amazon.com has already expanded in that area, taking over space in the West 8th tower located at 8th and Westlake avenues.

We’ve heard rumblings of Amazon’s interest in the area and The Daily Journal of Commerce reported last month that the online retailer was considering the Clise property, a 12.5 acre spread that was first put up for sale in 2007. According to Bloomberg, the Clise family assembled most of the property in the 1920s.

At the time that the land was offered for sale five years ago, The Seattle Times noted that the property had the capacity for as much as 13 million square feet of development over seven blocks and offered the “chance to change Seattle’s skyline.”

The Clise properties include some well known buildings on the north edge of downtown Seattle in an area known as the Denny Triangle. Developed properties in the area include the Westin Building; The Sixth Avenue Inn and 1700 7th Avenue, a 24-story building that was named office building of the year in 2001.

The news comes at a significant time of growth for Amazon.com. The company added 4,900 workers during the fourth quarter, a slower hiring pace than the previous quarter when more than 8,000 workers were added.