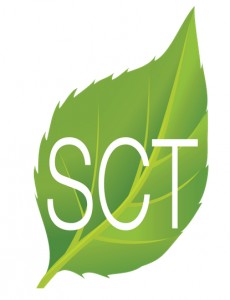 Chal Davidson, the former lead engineer at TerraPower, the nuclear reactor startup backed by Intellectual Ventures and Microsoft co-founder Bill Gates, has emerged at the helm of a new startup company by the name of SuperCritical Technologies.

According to a description on Davidson’s LinkedIn page, SuperCritical is setting out to build modular, compact power plants that will in turn provide “clean, ubiquitous and reliable electricity to meet the world’s growing energy needs.”

Another description indicates that SuperCritical has partnered with scientists from Sandia National Labs to “bring an intellectual property protected technology to market that will revolutionize the way we generate and distribute electricity.”

We came across the company, which was formed in May but has been in development for five years, in a filing with the Securities and Exchange Commission this week which indicated that it had raised $200,000. Listed as directors are John Fluke and SuperCritical Chief Scientist Steve Wright, while executives include Brooke Macomber, Josh Walter and Nico Spitz. Also leading the charge is co-founder Max Effgen, a former analyst at Intellectual Ventures and former business director at Hubspan.

Nathan Myhrvold’s Intellectual Ventures is not involved in SuperCritical, but Davidson left the organization on good terms to pursue the idea.

“Our generation 1 product footprint is approximately the size of a couple of standard shipping containers,” says Effgen. “Lots of power in a little package — for a power plant.” The plants can run on a number of materials, and SuperCritical is exploring the possibilities of natural gas, biogas and woody biomass.

Still in the early stages of development, Effgen says they are trying to stay stealthy for the moment, though they did just present at NWEN’s First Look Forum earlier this month. The company’s Web site shows only an image of a green leaf with the letters “SCT.”

Davidson worked directly with Intellectual Ventures co-founder and CTO Edward Jung, serving as chief of staff in the CTO office. He received a master of science in nuclear engineering from the Rensselaer Polytechnic Insitute and a MBA from the University of Washington.

Davidson, who also owns a brewery and two restaurants, previously worked at Lockheed Martin and as a resident engineer for Bechtel Marine Propulsion Corp. at the Puget Sound Naval Shipyard.