First, we want to express our deepest sympathies about the loss in the Fiesta Bowl last night. It was a heartbreaking overtime defeat, and we’d like you to know that we were pulling for our Pac-12 friends. (If you’re familiar with NBA history, you can imagine we’re not big fans of Oklahoma in these parts).

Maybe this isn’t the best time to write. But we thought that we could start out the new year with a discussion, a chat that we think could be more exciting than any gridiron contest.

Here’s what we’d like to propose: Come to Seattle. Build your new campus here.

We know what you’re probably thinking: “Oh, the rain.”

But — as I am sure your research-minded scientists already know — it actually rains more in New York City. 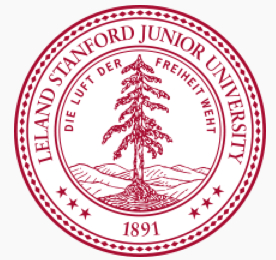 Speaking of New York, sorry about that loss, too. The idea of building a world-class $2.5 billion applied sciences and engineering facility in the heart of the Big Apple was bold, no matter what the critics say. We agree that it was worth the effort, even though Cornell eventually got the nod.

But, as in every loss, new opportunities arise.

And that’s where we think we could work together, bringing together the best of our two worlds. New York may be the finance and media capital of the globe, but East Coasters just view the world differently than we do.

While we know that the parting was difficult, we think it’s best for both of you that it didn’t work out.

When it comes to the people who actually build stuff (engineers, computer scientists, entrepreneurs, developers, etc.) you’d be hard-pressed to find a better place outside of Palo Alto than Seattle.

Innovation runs deep in our veins. We’ve transformed industries — from aerospace to software to mobile to retail.  And many of your graduates have helped make these formative changes right here, working as venture capitalists, entrepreneurs, attorneys and technology executives.

Even one of your best known spin-outs — Google — has found it worthwhile to have dual West Coast locations in Seattle and Silicon Valley. And a number of other Silicon Valley stalwarts are following in their trailblazing path.

There’s also money, maybe not as much as New York. But after all, your new law school and computer science building came courtesy of a couple Microsofties.

We agree that you “don’t make progress by standing still.” We’re ready to move. And we think we have a lot to offer.

One thing we don’t have, however, is a world-class private research university. That’s where you come in. Yes, it might be a Hail Mary at this point in the game.  But we’re hoping for better luck than you had last night.

Looking forward to hearing your thoughts.