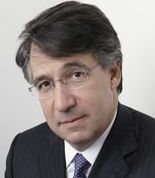 Getty Images, the Seattle-based provider of digital photos, videos and music, has hired investment bankers Goldman Sachs and JPMorgan Chase & Co. to consider an initial public offering or possible sale, according to reports by Reuters and The Financial Times.

An IPO would be an interesting move, since it would return Getty back to the public markets. The company actually was taken private in July 2008 by private equity firm Hellman & Friedman in a deal that valued Getty at $2.4 billion. Reuters reports that the sale or IPO could value Getty Images at $4 billion.

It had previously been traded on the New York Stock Exchange.

Getty Images competes with Corbis, the Seattle digital image company controlled by Bill Gates. It is led by longtime CEO Jonathan Klein who joined the company in 1995 shortly after it was formed.