Lots of people make up rules for games as they go along. Some people turn it into a creative artform.

Meet our latest Geek of the Week, Peter Newland, a resident of Lynnwood, Wash., and the creator of “Wizard Dodgeball” — a board game that features the all-stars of the “Interplanar Wizard Dodgeball League” throwing spells, freezing opponents and teleporting back to safety.  It’s a web-published game, with files available online for download and printing.

Newland’s pastime is a window into the world of tabletop gaming, where some of the most devoted hobbyists are just as likely to make games as to play them. He has more games in the works, and he’s hoping for feedback from people who try “Wizard Dodgeball.”

Continue reading for his answers to our questionnaire.

What do you do, and why do you do it? I am a hobbyist board game developer. Currently I have one game available called Wizard Dodgeball. I released it as a print-and-play after trying the traditional publisher model for over a year with a different game.

I’ve wanted to make games for a very long time. Video games were my first focus but I kept getting bogged down trying to learn code. The simplicity of board game prototyping (can you draw lines and use a pair of scissors?) started me down the path.

What’s the single most important thing people should know about your field? I was amazed at how much it actually costs to manufacture a board game in the States. I’ve heard of only one company in the US that prints at the same cost as the printers in China but that’s for a larger minimum quantity than what’s considered “safe” for an unproven game.

What makes for a good board game? The short answer is that it’s fun. The long answer is that fun is a little subjective. To me, the game needs to be replayable and different every time you play it, requiring you to adjust your strategy. It also needs to keep every player engaged even when it isn’t their turn. And the mechanics need to match the theme and vice versa.

Where do you find your inspiration? Inspiration for my game ideas generally comes from just looking for things that would be fun to make a game out of.  For Wizard Dodgeball I was seeing what games I could make using other game pieces while in the back of my mind wishing I had come up with Fantasy Football (football using fantasy creatures a.k.a. Blood Bowl) first. Indiana Jones inspired my first real attempt at a game (which is still in the works). For the two games I have planned to develop next, one came from reading a random article about 19th century exhibitionists and another is from feeling that current miniature wargaming is prohibitively expensive.

What’s your workspace like, and why does it work for you? My workspace is primarily my kitchen table when I’m assembling prototypes. Other than that it’s whatever laptop or notebook I have at hand. 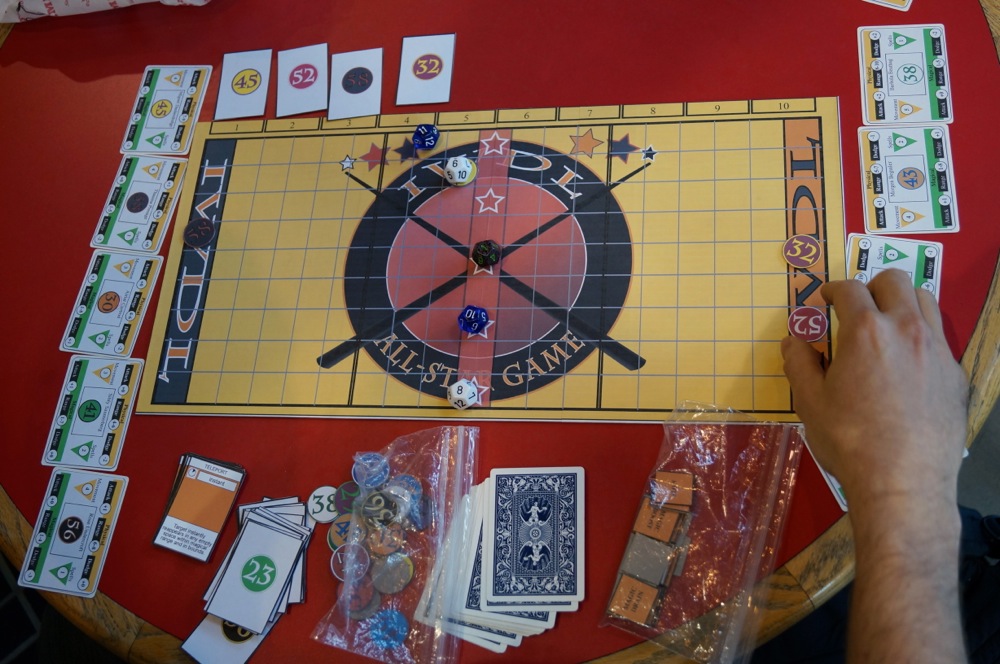 Your best tip or trick for managing everyday work and life. (Help us out, we need it.) I still haven’t figured out how to manage mine either, but you can only fix one squeaky wheel at a time.

Mac, Windows or Linux? I’m not smart enough for Linux. I’ve tried. As for the other two, I use both. Windows is still a better gaming platform as the majority of devs write for it, but Mac is definitely more friendly for everything else.

Kirk, Picard, Janeway or Sisko? I stopped watching Star Trek after Next Generation so that leaves Kirk and Picard. The Kirks (old and new) would be a lot more fun to drink with, I think, but I’d ask advice of Picard.

Transporter, Time Machine or Cloak of Invisibility? The transporter would probably be the thing that makes the most sense. No gas or significant time spent to get things and people from point A to point B.  As a geek, the invisibility cloak is pretty redundant. Plus where would the challenge be? As for the time machine, there are things I wish I could go back and do or undo, but I’m fairly pleased with the way life currently is.

Monopoly, D&D or chess? Depends on who I’m playing with and what we’re in the mood for. Nowadays I’d probably say no to chess. I’d like to try Monopoly without house rules. But generally I’ll play anything at least once.

If the question is more of which type of game I prefer, again, it’s going to be dependant on the people I’m playing with. For the most part, you can’t go wrong with a game that’s won an award from Spiel (Essen).

If someone gave me $1 million to launch a startup, I would … be able to fully realize my game company which would include a review site, social tabletop rpg site, and full-time game development and publishing. And maybe I’d take a stab at running an arcade. 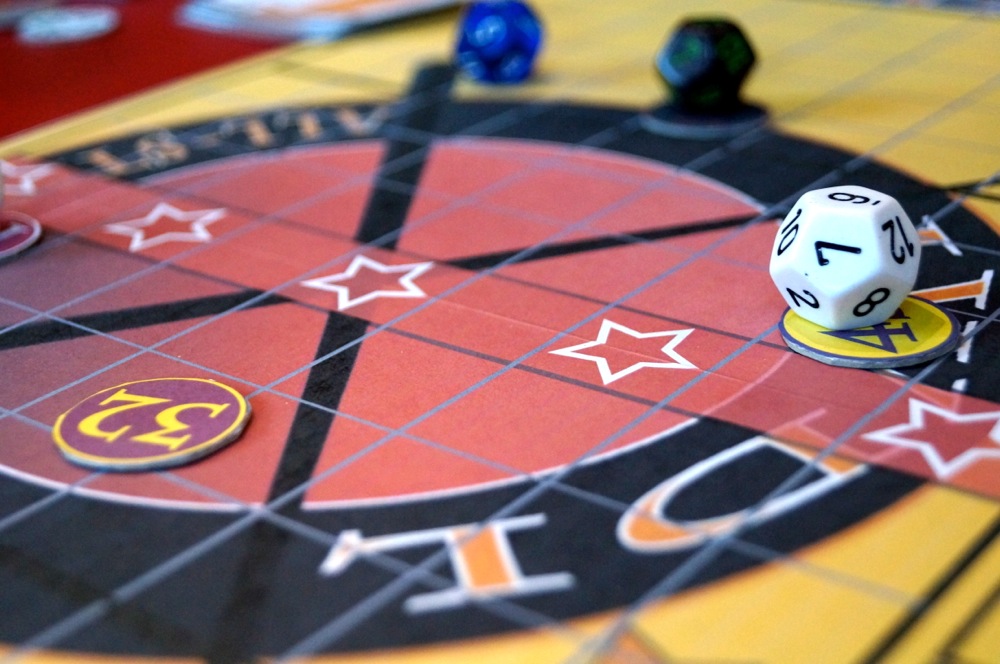 Your role models? I try to take after my dad as much as possible as he’s one of those guys that’s completely dependable, a tinkerer, and has the “I can do anything I put my mind to” attitude. As for more specific aspects, I’ve noticed that my role models change depending on my hobbies or what I’m currently interested in. In that respect, Mike Krahulik, Jerry Holkins, and Robert Khoo of Penny Arcade are big influences. They know what they’re talking about when it comes to games and they are guys that are my age that have turned what they love doing into something great.

Greatest Game In History: You mean I have to pick one? How about a list of some of my favorites (in no particular order)?

Best Gadget Ever: The ever evolving computer is pretty high on the list (if it just wasn’t for all the waste left in its wake).

First computer: The first one I remember using would probably be the Commodore Vic 20. I love me some text-based adventures on cassette.

Current phone: Last year I finally upgraded to a smartphone and am currently using a Samsung Galaxy S.

Favorite hangout: I get over to Cafe Mox and Card Kingdom in Ballard as often as I can. It’s a great place for a beer (Lucille IPA), to see what games exist, and to try out some new ones.

Favorite cause: I’m a big fan of anything that helps out kids. My current favorite is Child’s Play with the Ronald McDonald House being a close 2nd.

Most important technology of 2012: Kickstarter (does that count?)

Most important technology of 2015: I’m still waiting for my hover car. But advances in solar collection, flywheels, and batteries would be useful. And if we could collect lightning.

Final words of advice for your fellow geeks: Make time everyday to unplug and go outside.

Editor’s Note: Here’s a video by Peter showing the basics of Wizard Dodgeball.