Our new Geek of the Week, John SanGiovanni, is a veteran of the Seattle tech community with a unique view on the mobile industry as the co-founder and vice president of product design for Zumobi, the premium mobile app network.

Examples of Zumobi’s recent work include the MSN Autos mobile app for iPhone and Android, and a special section of the Popular Science app for tracking news from the Consumer Electronics Show. Zumobi traces its roots to technology spun out of Microsoft Research, where SanGiovanni previously worked.

So where are mobile technologies headed from here? Increasingly, SanGiovanni says, he expects to see mobile experiences expand beyond the confines of our devices. Continue reading for his explanation of that, and the rest of his answers to our Geek of the Week questionnaire. 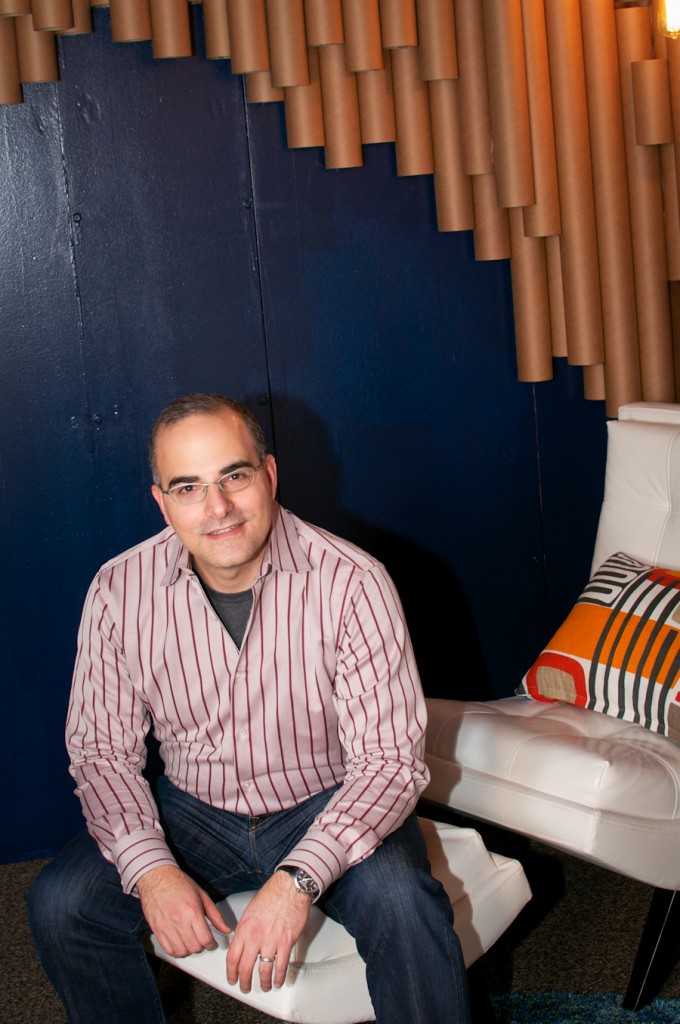 Coolest thing about what you do:

What does it mean to you to be a geek?  Geekdom is all about a focused passion for a deep and complex domain.  Like so many, I geek-out on countless topics… technology, cars, movies, food, travel, and many more.

Geekiest thing(s) you’ve ever done, built, or worn:  In college, I worked as a performer for the Walt Disney Company.  I did six shows a day as a Teenage Mutant Ninja Turtle. Leonardo. (…with occasional overtime as Donatello)

What was your biggest lesson learned in transitioning from Microsoft to the startup world? Microsoft is an incredibly energetic place, but also very structured and deliberate.  Apps and web technologies have transformed the pace of productization in powerful ways.  In a startup, the journey of an invention – all the way from the seed of an idea to a product being used by millions of people – is measured in weeks, not years.  Although this pace can be harrowing, it’s also incredibly stimulating, and stretches one’s creativity, strategy, and process in bold new directions.

What’s the biggest mistake people make when designing mobile apps? Far too many apps are built around the desired functionality, then a designer is contracted at the eleventh hour to “hit it with a pretty stick.” Design (uppercase D), is not just about how something looks, but how it works. How it feels. Design is about elegant solutions to hard problems.  Design is the first phase in a product process, not the last.

How do you expect our interactions with mobile devices to change in the next few years? Your mobile device will become the computing core that powers many of the user experiences in your environment.  When thinking about ‘mobile’ apps, we won’t be constrained by the pixels presented on the device’s own internal display.  Instead, in the near future your phone will be called upon to wirelessly stream the appropriate pixels to whichever nearby device(s) are most appropriate to the task at hand.  This is somewhat done today through innovative uses of AirPlay.  Look for the range of these interactions to explode in the years to come.  Desktop computing, tablet computing, living room media, and collaborative spaces will all be profoundly affected by this new metaphor.

Your best tip or trick for managing everyday work and life: In a startup, there are always 100 reasons to stay late at the office.  So – we have a strict family rule that dinner is served at 7pm, which we always enjoy together as a family, almost every night.  I can always jump back online at midnight (and I usually do) after everyone goes to bed, but 7pm-to-midnight is our family focus time.

Also, when traveling, I FaceTime with the family for at least 30min almost every night.  As a technology, good(ish) mobile videoconferencing has really enhanced my ability to stay connected with my family when I’m traveling. 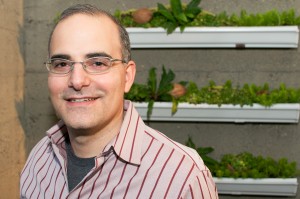 Mac, Windows or Linux?  Mac …with Win7 VM (via Parallels)

Transporter, Time Machine or Cloak of Invisibility? Transporter.  (But for now I’ll settle for a few more nonstop routes from SEA. <g>)

If someone gave me $1 million to launch a startup, I would … do exactly what I’m doing today. Mobile Publishing/Advertising is the fastest-growing segment of the world’s fastest-growing industry.  And there’s no other team on the planet with whom I would rather be working.

Your geek role models (And why?): I admire history’s great artist/geek hybrids.

The ability to blend the impulses of one’s left and bright brain is a hugely useful talent, and one that is massively under-addressed by academia.

Greatest Game In History:  Oooh.  Tough one.  For its time, Halo: Combat Evolved had it all… Epic campaign, lush environments, and awesome multiplayer.

Best Gadget Ever: The Psion Series 5 was an early mobile computer with brilliant industrial design, an excellent software platform, and a great UI.  In retrospect, the Series 5 was a decade ahead of its time.

First computer: Our family’s Commodore 64 had a massive influence in the activation of my passion for computing.

Somehow, while keeping our family of six fed, clothed, and educated, my parents also made it a priority to keep the house outfitted with a current-generation personal computer, long before home computing achieved broad adoption.  As a result, we were always able to stay one step ahead of the learning curve as technologies evolved over the years.  I’m extremely thankful for this investment, which had far more educational impact than any college computer science course possibly could.

Left Pocket: My SIM rotates between: Samsung Focus (WinPhone), NexusOne (Android), and occasionally… a Palm Pixi Plus (WebOS – not ashamed to say it.) 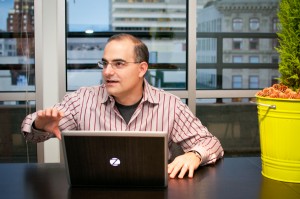 Favorite app (not made by Zumobi): iCatcher.  I’m a podcast junkie, and this app has several subtle attention-to-detail features that I admire, such as the ability to easily listen to video podcasts in audio-only mode simply by locking the screen.  Very useful for rapid review of high-profile industry keynotes.

I’d be remiss if I didn’t also mention a recent addition to The Zumobi Network.  The new ‘MSN Autos’ app is available cross-platform (Zumobi created the iPhone & Android variants) and represents an awesome collaboration with the team at Microsoft.  At launch, it’s one of the most advanced apps for automotive content and research.  It’s free – check it out!

Just last weekend I was there designing & laser cutting a 3-level superhighway for my son’s wooden trains.  Turned out really cool.  Not sure who’s more excited – him or me.

Most important technology of 2012:  OnLive Desktop.

Old-school terminal computing, reimagined, and executed *incredibly* well.  If this works, the implications are dramatic.

Words of advice for your fellow geeks: Focus on what you love, and you’ll never work a day in your life.

Also, life is too short to work with people who aren’t energetic, positive, and fun.