Our new Geek of the Week, Oren Etzioni, is a computer scientist and serial entrepreneur who has a knack for building businesses based on complex algorithms that help people make decisions. If you’ve used the price prediction engine in Microsoft Bing Travel, you’re familiar with his work. Etzioni was the founder of Farecast, which Microsoft acquired to form the basis for that service.

The University of Washington computer science professor and Madrona Venture Group venture partner is currently the co-founder and CTO of Decide, which applies similar principles to consumer electronics prices. It’s latest in a long list of technology startups and computer science projects in which he has played a pivotal role over the years. 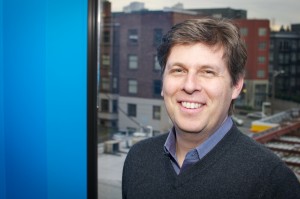 In addition to giving Etzioni our offbeat questionnaire, we took the opportunity to ask him for his take on a variety of topics, including his outlook on technology, what makes for a good computer science student, and the future of artificial intelligence and social networks. We even quizzed him about Apple’s Siri and his experience at Burning Man.

Coolest thing about what you do: The opportunity to work with some of the most talented and creative people in town be they my team-mates at Decide, students at UW, or colleagues at Madrona.

You’ve founded businesses based on technologies that predict the direction of things such as airfare and consumer electronics. What intrigues you about algorithmic forecasting, and what do you hope to see machines predict next?  I love sophisticated algorithms that help consumers in a tangible way.  Volatile pricing is proliferating. Web sites, like Decide, that tell you When To Buy are the natural geeky response.

What are the characteristics that make for the best computer science students nowadays?  The best students are ones that are willing to take intellectual risks and challenge conventional thinking. 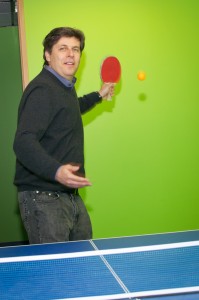 Machines are theoretically improving our lives, through artificial intelligence, but so are our friends, through social networks. Which will be more important as technology evolves over the next five to 10 years?  Machines and people are both necessary for Facebook, Twitter, Wikipedia, Google, and neither is sufficient on its own.  Even Google’s original innovation (the PageRank algorithm) was a way of utilizing a “social” signal (hyperlinks).

What do you think of Apple’s Siri?  Siri is an inflection point for user interfaces to phones.  Over the next ten years, we will see increasingly powerful intelligent agents that we can talk to, and that talk back.

We hear you’re a Burning Man attendee? What have you learned from the experience? What would happen if you joined 50,000 people in the middle of the desert where there’s no internet, cell reception, shopping, or the comforts of home?  I found it to be a fantastic anti-dote to ordinary existence.  I was reminded of the value of escaping your comfort zone. For me, no illicit drugs were involved (nor were they necessary!).

Favorite places to travel: Israel: the people are warm; the sea is hot; food is fantastic.  You can experience the ancient in Jerusalem, the modern in Tel Aviv, forests in the north and deserts in the south.  And it’s all in an area that’s roughly 1/10 the size of Washington state!

Your best tip or trick for managing everyday work and life:  Have a clear sense of your priorities.  My family is my number one priority.  It also helps to get up early, and once in a while—to sleep very late.

Mac, Windows or Linux?  Who cares? These OS’s are a bit like our political candidates…seemingly very different, but all-too-similar in some fundamental ways.

Facebook, Twitter or LinkedIn?  All have their uses, but I still prefer the New York Times (and GeekWire).   When I was in graduate school, Herb Simon would say “read a book.”  What a quaint notion.

Kirk, Picard or Janeway?  Kirk because I grew up with him, and he’s such a wonderful caricature of the role.

If someone gave me $1 million to launch a startup, I would …  put it into Decide.com. I’m a serial entrepreneur but not a parallel one. After Decide, Adrian Aoun’s Wavii is the Seattle startup I’m most excited about. 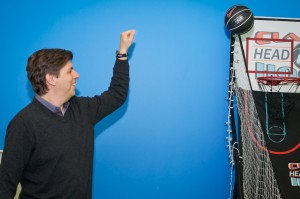 Best Gadget Ever:  The GPS system in my car, because I have no sense of direction in physical space.

Current phone:  iPhone 4S so I can use Siri.

Favorite cause:  In 2012, it’s getting everyone and especially kids to learn to code: www.codeyear.com

Most important technology of 2012:  Information extraction to map from text to semantics.  It’s the key to the future of search –see my two-page article in Nature.

Most important technology of 2015:  Still information extraction because Rome wasn’t built in a day.

Words of advice for your fellow geeks: Think big; don’t let your attention and ambition be frittered by the bombardment of social particles from Twitter, email, RSS feeds, and the like.