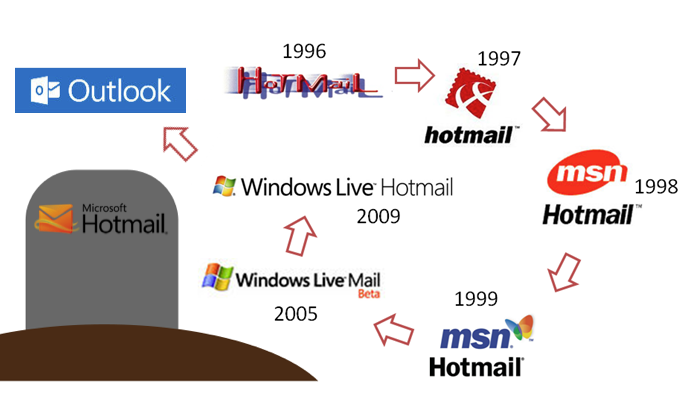 First things first: Yes, you can keep your @hotmail email address, if you want.

Microsoft, however, will be leaving the Hotmail brand behind.

The company this morning is rolling out a new email service, called Outlook.com, that will replace Hotmail when it’s launched in finished form. The new Outlook.com has a cleaner, streamlined interface that has proven much easier to use than Hotmail in my initial testing.

It’s the end of an era for the famous (and at times infamous) Hotmail service. Hotmail pioneered Web-based email prior to its acquisition by Microsoft in 1997. In making the move to Outlook.com, Microsoft’s online team will leverage the brand of the company’s widely used Outlook software, while seeking to bring its consumer email service into modern world of tablets, smartphones and other devices.

“We’ll have one clean story across Microsoft for how you get mail,” said Microsoft’s Dharmesh Mehta. “Outlook equals mail from Microsoft.”

The move is Microsoft’s latest attempt to combat the rise of Gmail. Hotmail has long been the largest webmail service worldwide, but Google’s email service has been climbing quickly. Hotmail’s worldwide market share fell 4 percent over the past year, slipping to 324 million users in June, while Gmail rose 17 percent to 278 million users over the same time period, according to comScore Networks.

In the U.S., Gmail is now ahead of Hotmail, and continuing to climb.

For years Hotmail was synonymous with spam, and even though Microsoft has made significant strides on that front, the Hotmail brand continues to be hampered by that history in the minds of many users.

The shift away from the Hotmail brand is part of a trend for Microsoft’s online group, which is also ending its use of the “Windows Live” name for its online services.

The new Outlook.com is more than a rebranding of Hotmail. I’ve been testing it out in advance of the public preview, and as someone who has often struggled with Hotmail’s cluttered interface, the new experience has been refreshing. The changes in the web interface start with simple menu bar across the top that provides a consistent way to access different tools and commands. The rest of the interface has also been cleaned up and simplified.

Overall, Outlook.com feels more like an app than a website — far from a new approach in the industry, but still a step up from Hotmail.

Users can chat with Facebook friends and initiate calls on Microsoft’s Skype service from inside Outlook.com. The service integrates with Microsoft’s SkyDrive online storage service. The address book connects to services including Facebook, Twitter, Gmail and LinkedIn to create a universal directory of the user’s contacts. The Word, Excel and PowerPoint web apps are also integrated into Outlook.com for opening and editing documents.

Email, calendar and contacts from Outlook.com will synchronize with Windows 8 when people use a Microsoft account to sign in to the new Windows version. Microsoft says the Outlook.com interface should work well across different screen sizes, and with touch screen or keyboard.

The standard display ads in Hotmail have been replaced with text-based ads in the right sidebar of Outlook.com that can show images when someone hovers over them — a new ad format that Microsoft is launching. Microsoft says the ads won’t appear at certain times when it doesn’t make sense, such as when a user is reading or responding to a message from someone in their address book.

From a privacy standpoint, Microsoft is also continuing to promise that its algorithms won’t use the contents of personal email messages to help target ads, an area where the company has sought to publicly distance itself from Google’s ad practices.

Users will have the option of moving to new @outlook.com email addresses when the Outlook.com public preview launches today, or they can keep their existing @hotmail or @live email addresses. They’ll still be able to use the old Hotmail interface during the preview, but eventually Microsoft will upgrade the entire service.

[Follow-up: How to get a new @outlook email address]

So in the end, why did Microsoft decide to dump Hotmail?

“We really did want to have one mail from Microsoft,” said Mehta. “We think that’s helpful in simplifying.”

At the same time, he acknowledged the branding challenges faced by Hotmail.  “For some people, it was not about, “Would I got to Hotmail.com?’ It was, ‘Would I put @hotmail on my resume?’ ” he said. But when it comes to @outlook.com, he added, “people love the brand.”

Here is a Microsoft video walthrough of the new service.