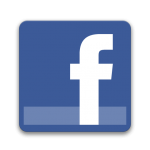 Just how bad has Facebook’s stock performance been since its IPO? Well, consider the visualization below from Tableau Software’s Daniel Hom who compared the social networking giant’s first eight days to other recent technology IPOs.

As you can see, Facebook’s debut has been pretty rough, with the stock losing more than 25 percent of its value. It’s so bad that Facebook is only behind FriendFinder Networks, an operator of adult-oriented Web sites, in terms of stock performance.

Facebook’s stock is sliding again today, falling more than four percent. To put that in perspective, Facebook started trading on Wall Street with a $104 billion valuation. It is now valued at $57 billion, and some industry watchers think it still has a lot of room to fall.

Interestingly, you’ll note that two of the top tech IPOs after the first eight days have connections to Seattle: Splunk and Zillow.