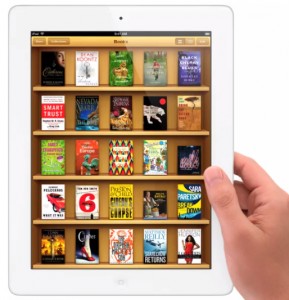 Perhaps this is a sign of just how badly Apple wants to compete with Amazon.com in the electronic book business. Or, maybe it shows just how fearful the big book publishers are of the Seattle online retailer.

According to The Wall Street Journal, The Department of Justice is investigating Apple and five other large book sellers over whether the companies fixed prices on electronic book titles in advance of Apple releasing the first iPad in 2010. Citing people familiar with the matter, the Journal reports that settlement talks have begun among some of those under investigation, a deal that could potentially lead “to cheaper e-books for consumers.”

In addition to Apple, those under investigation include Simon & Schuster; Lagardere SCA’s Hachette Book Group; Penguin Group; Macmillan; and HarperCollins Publishers Inc. The European Commission started investigating Apple and book publishers in December over similar claims to what the DOJ is reportedly looking into.

Amazon disrupted the traditional book selling business with the release of the Kindle, selling many titles at discounted prices that the big booksellers didn’t like. The Justice Department is now investigating whether Apple worked with book publishers who were fearful of Amazon’s tactics to raise prices on digital books.

According to the Journal, the DOJ is prepared to sue the book publishers and Apple for violating antitrust laws.

Previously on GeekWire: Amazon vs. Apple: Emergence of the next great tech rivalry?