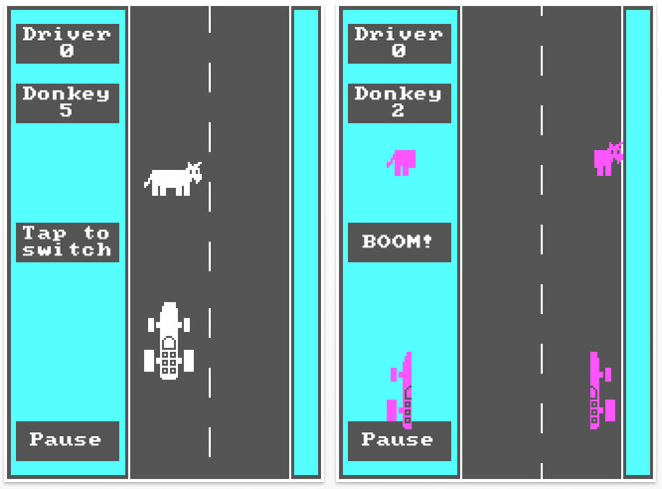 It might be hard to believe nowadays, but there was a time when Bill Gates himself was writing the software at Microsoft, and one of his more masterful pieces of code was a game called DONKEY.BAS — a simple game, written in BASIC, that challenges the player to switch a car back and forth between lanes to avoid hitting a donkey.

It shipped more than three decades ago on early IBM PCs. And now it’s making a return, thanks to the developers at XVision, who recently released an updated version of DONKEY.BAS for the iPhone and iPad, selling for 99 cents.

XVision founder Johnny Ixe tells BGR that they did it as “a tribute to the original.”

Gates told the story of DONKEY.BAS at a 2001 Microsoft event.

[I]t was myself and Neil [Konzen] at four in the morning with this prototype IBM PC sitting in this small room. IBM insisted that we had to have a lock on the door and we only had this closet that had a lock on it, so we had to do all our development in there and it was always over 100 degrees, but we wrote late at night a little application to show what the Basic built into the IBM PC could do. And so that was Donkey.bas. It was at the time very thrilling.

No word on how Gates feels about the remake, but he could always revive another classic in response.