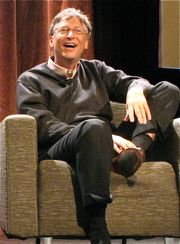 Not content with waiting six months or a year to find out who the world’s richest people are? Bloomberg is out today with a new “Billionaires Index” that will update the ranking of the world’s 20 wealthiest people after the close of trading every day.

It’s a competitive shot at the Forbes rankings, but the list will look familiar to anyone who follows those.

At the top of the Bloomberg ranking is Carlos Slim, the telecom mogul from Mexico, who is the world’s richest person with a net worth of $68.5 billion, Bloomberg says. Bill Gates comes in at $62.4 billion. Both men have seen their fortunes increase by 11 percent this year so far, according to Bloomberg.

Mark Zuckerberg didn’t make the top 20, with Bloomberg estimating that his stake in Facebook will be worth about $21 billion after the company’s IPO. That’s less than previous estimates.

Bloomberg is using the Billionaires Index as a selling point for its premium Bloomberg Professional service, which will include new billionaires profiles page showing how each person’s net worth is calculated.