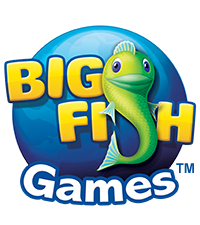 Silicon Valley investor Bill Lee, a backer of companies such as Tesla, SpaceX, Hootsuite and Zaarly, has joined the board of Seattle casual game developer Big Fish Games.

The appointment comes a few weeks after Jeremy Lewis stepped down as CEO of the company, handing the reins back to founder Paul Thelen.

Lee previously served as CEO of Remarq, a messaging and collaboration startup that was sold to Critical Path for $265 million in March 2000. He was also the founder of Social Concepts, which owned Self Aware Games. Big Fish bought Self Aware — a 23-person Oakland maker of casino-style games — for as much as $15 million in March.

“With the upcoming launch of its universal cloud gaming service and growth in the social mobile marketplace, Big Fish is in a place of strength in the casual games market and at an exciting juncture in the company’s evolution,” Lee said in a statement. “I saw joining the board of directors as a great way to be part of its future and help guide their direction.”

The addition of Lee follows the appointment of Seattle angel investor Geoff Entress who joined the board last February.

While an early leader in casual gaming, Big Fish has been surpassed by Zynga, which was quicker to embrace social gaming on Facebook. Nonetheless, Big Fish remains a large company with revenue of $140 million in 2010.

It raised an $83 million venture capital round in 2008 from Balderton Capital; General Catalyst Partners; and Salmon River Capital.