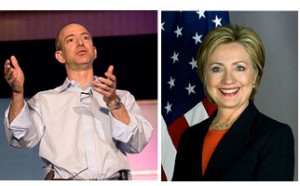 Who would have ever guessed we’d see these two people on stage together?

This initiative “will create a global e-reader program that introduces aspects of U.S. society and culture directly to young people, students, and international audiences in new ways and expands English language learning opportunities worldwide,” according to the State Department.

Earlier this week, we outlined why the U.S. State Department picked Amazon’s Kindle over other tablets and e-readers, including Apple’s iPad and Barnes and Noble’s Nook, among others. The State Department attributed their pick to the Kindle’s text-to-speech requirement, long-lasting battery life and ability to access free Wi-Fi worldwide, among other key factors like portability and durability.

The five-year contract is worth $16.5M, with an initial Kindle order of 2,500 from the government, but it ultimately has the potential to put “tens of thousands of Kindle electronic readers in educational centers around the world,” as previously reported.

The real question: How will Clinton react to Bezos’ legendary laugh? 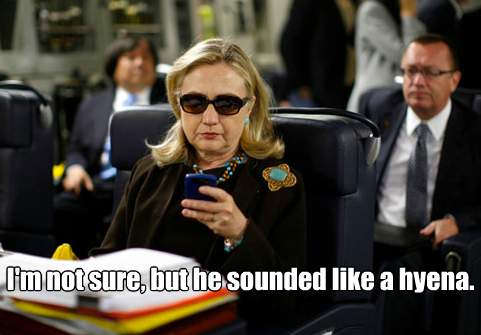