Around the GeekWire offices this week, we’re making last-minute preparations and feeling the anticipation build for the big Seattle 2.0 Startup Awards, set for Thursday evening at the EMP in Seattle.

Nearly 500 people have signed up, approaching our capacity, and the rest of the tickets are going fast. In other words, if you’ve been waiting to get your ticket, now is the time. You can get yours here today.

We’ve attended the Seattle 2.o Awards for years, so we’re particularly honored to be organizing and presenting the event this year. But what’s the big deal? Why should you go? We decided to make a list.

1) Party Like a Rock Star: We will be taking over the SkyChurch, Liquid Lounge, and VIP Blue Room at the EMP for this one-of-a-kind bash, from 6 to 9 p.m., with plenty of food and drink and a chance to hang out and party at one of Seattle’s most iconic venues. Our sponsors add to the fun. Sip a speciality cocktail, hang out in a sponsored lounge and get your picture taken on the red carpet.

2) Killer Keynote: Our speaker is the incomparable John Vechey, the co-founder of Seattle’s PopCap Games, acquired last year by Electronic Arts for up to $1.3 billion. Who wouldn’t want to learn a thing or two from that guy? Even better, Vechey is planning to reveal the secret of startup success during his talk. We know what it is, but you’ll have to listen carefully to find out. 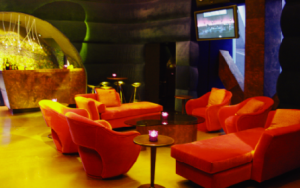 3) Secrets Revealed: This year’s awards show features fourteen categories, ranging from the whimsical Schmoozer of the Year and Geekiest Coffee Shop to the traditional Startup of the Year and Investor of the Year. More than 15,000 votes were cast, and the competition was hard-fought.

Winners in each category will walk away feeling like Elvis (the young, skinny, cool Elvis, of course) with custom-made, framed records to hang on their walls, recognizing their climb up the startup charts.

4) The connections are second to none. Hundreds of movers and shakers from the tech community will be there, including top startup CEOs, investors, engineers and many more. No doubt one of your conversations at this year’s event will be the first step toward being on stage next year.  In fact, we’ve turned the “Liquid Lounge” into a “Conversation Lounge” just for you schmoozers (and we mean that in a good way!)

5) It’s one of Seattle’s best tech traditions. Started in 2009 by Marcelo Calbucci, the founder of Seattle 2.0, this event isn’t just another awards show. It’s a chance to celebrate the Seattle startup community and rub shoulders with people whose innovations promise to change the world and upend the status quo — or at least get you to spend more time playing video games.

6) You don’t have to dress up, unless you want to. Seriously, wear whatever you want.

7) There’s a surprise at the end of the awards ceremony. That’s all we’re saying.

See everyone Thursday night! Don’t forget to get your tickets today, before they are all gone.