A new study out today from Seattle-based Optify attempts to get behind the scenes on how Bing and Google operate when big news breaks. Obviously, that’s an interesting topic for news hounds like us. And the results of the study show just how differently the two major search engines operate when news breaks.

The study found that both Bing and Google made major changes to the search engine results pages when the news broke in each of the instances, quickly surfacing news, videos, images and real time updates, and placing those news items above the ranked results. Oftentimes, sponsored content was eliminated or moved off the page in order to make room for additional multimedia content. 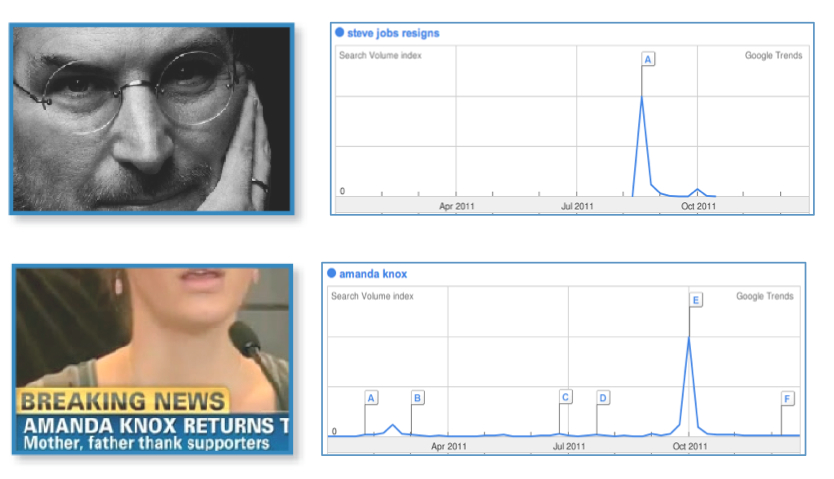 The study indicates that Google reacted faster to breaking news by changing its ranking algorithm, and that Bing often pushed users to its own properties, such as MSN.com.

Here’s more from the study as it relates to the specific news event around the resignation of Steve Jobs.

• Google treated the natural-organic results similarly to the news results. It favored reputable sources and rewarded authority over recency. Interestingly, Yahoo! controlled Google’s top organic results with 3 out of the top 5 organic results. Only after four (4) hours into the event, Google started surfacing other sources that included the Wall Street Journal, Seattle Times and Apple’s press releases that pushed the Yahoo! results down.

Here’s a look at the two pages from Bing and Google. (Click on image for full view) 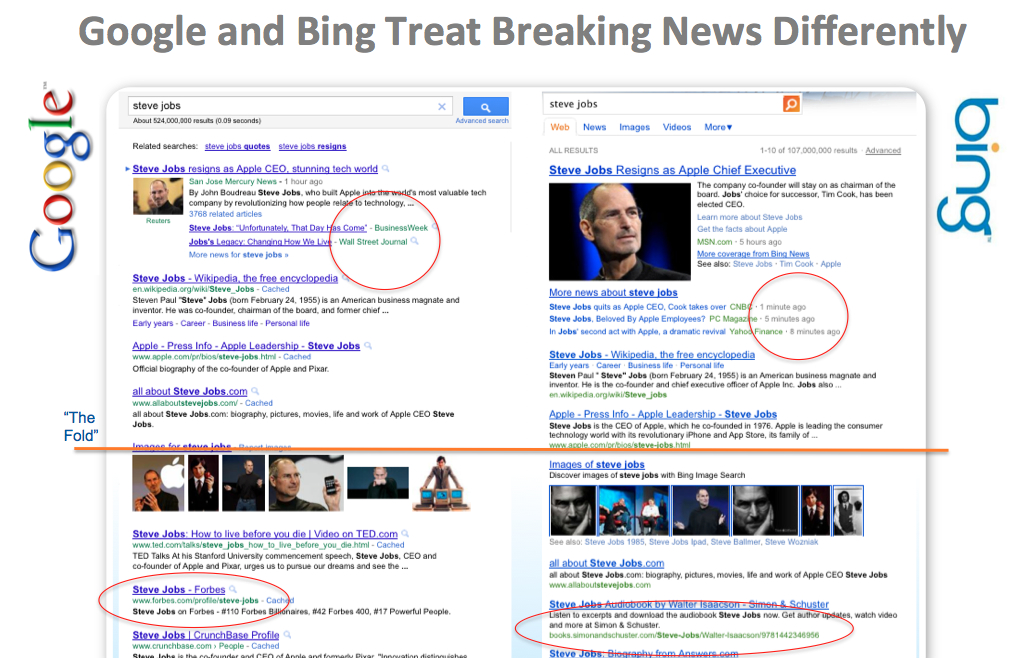 The Optify study also provided additional insights on how online publishers and marketers can capitalize on breaking news, using techniques to get their content on the top of the search engines.