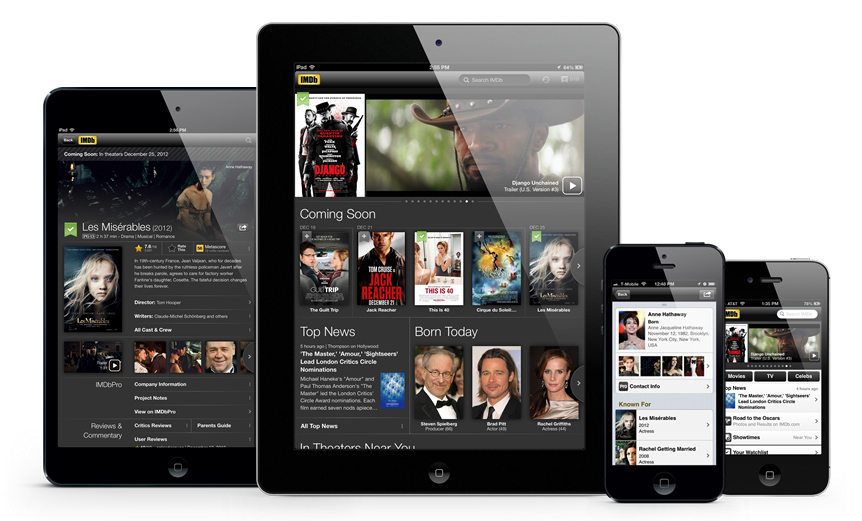 IMDb said today that its popular app for movie, TV shows and other entertainment content has been downloaded 50 million times, with Android and iOS each accounting for about 25 million downloads. The Amazon.com unit also launched a redesigned version of its app for the iPad, one which includes new personalized recommendations and Watchlist enhancements in which users can tap the + sign on movie or TV show posters in order to quickly add to their watch lists.

The app now counts more than two million movie and TV titles, as well as information on four million celebrities, actors, directors and crew members. It allows users to rate movies and TV shows, set favorite theaters and get notifications about favorite shows or movies.

IMDb, launched in 1990 and acquired by Amazon in 1998, attracts more than 160 million monthly unique visitors.