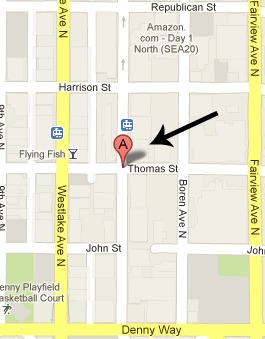 Guests of Amazon employees might soon have a convenient place to spend the night.

City permit applications reveal two different project records filed by Stanford Hotels: one for land use and another for construction. Both have a status of “initial information collected” and are noted as “related building permits.”

For the land use permit, a pre-application site inspection was completed on August 27. There have already been $3,882.75 in fees paid. Additionally, an early design guidance application was filed on Nov. 14 and has yet to be completed.

The city’s advisory Design Review Board is scheduled to consider the project next year on Jan. 30.

There are no details, inspections, reviews, land use or fee information for the construction project.

Stanford Hotels was founded in 1985 and owns 13 hotels in seven states like California and Hawaii under major brands like Marriott, Hilton and Sheraton.

Redmond-based Jensen Fey Architects is the firm working on the project. They’ve done the Waterfront Marriott, the Heathman in Kirkland and the Eagles Landing Hotel in Rochester, WA. We’ve reached out to them and will update this story when we hear back.

Currently, the closest upscale hotel to the Amazon campus is the Pan Pacific. The best available rate for Wednesday night is $190.

Previously on GeekWire: Here’s more evidence that Microsoft and Amazon are planning their own smartphones