Monday afternoon Microsoft will be making a “major” announcement that it promises we don’t want to miss. The most popular theory — confirmed by multiple anonymous sources quoted by multiple news outlets — is that Microsoft is unveiling its own tablet computer to rival the iPad, or maybe Amazon’s Kindle Fire, or possibly both. 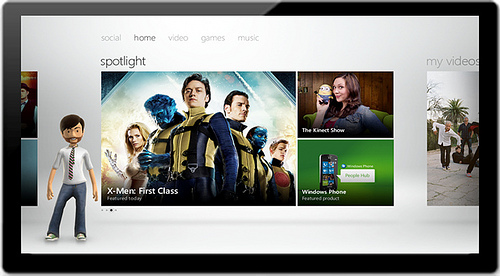 I’ll be waking up early in the morning and heading down to Los Angeles for the announcement. At GeekWire we had a good discussion internally over whether I should make the trip. Despite Microsoft’s assurances of significance, the reality doesn’t always live up to the hype. There’s always a possibility that we’ll be wasting our time and resources.

But Microsoft is positioned, at least, to attempt something interesting, and it’s certainly putting its neck on the line with its promises. And the company is adding an extra sense of mystery to the whole thing, not even telling anyone yet where in LA the event will be held.

Here’s my perspective on the whole thing. If the company is going to succeed in the tablet market, it will need to start by learning the lessons of Zune and Kin. Microsoft shouldn’t create a new brand. Xbox is the company’s biggest advantage in the living room, its foot in the door to consumer entertainment.

More than Windows, even, the Xbox 360 and Xbox Live are Microsoft’s biggest assets in this part of the tech world.

Even if they don’t call it the Xpad or the Xtab — I didn’t have any luck with whois and trademark searches, btw —  they should somehow make it clear that this is the Xbox tablet.

More tablet than Xbox, but an extension of Xbox nonetheless. Light productivity apps, email, etc., but primarily a gaming and media consumption device, with a little help from Microsoft’s new friends at Barnes & Noble.

Another benefit to this approach is that it doesn’t compete as directly with the general-purpose Windows 8 tablets from Microsoft’s hardware partners — making it less of a break with tradition for a company that traditionally doesn’t make hardware. Instead, it’s more like an extension of the company’s earlier Xbox exception.

Yes, it could still be a very tough pill for those hardware makers to swallow.

Bottom line, it makes a ton of sense to me. Whether this is what the company is doing is another matter entirely. Check back tomorrow afternoon to find out, and wish me luck on my impromptu trip.