Zynga, the maker of FarmVille, CityVille and Words With Friends, filed for an initial public offering today that could add $1 billion to its coffers. The fast-growing social gaming powerhouse has been on a rocket ship ride since it was founded in 2007.  It now boasts 232 million monthly users, more than 2,200 employees and revenue last year of $597 million. And, unlike the dot-com upstarts of the late 90s, Zynga is wildly profitable with net income last year of $90 million.

“Our strategy from the beginning has been to build the biggest macro bet on social gaming to provide our players with the most accessible, social and fun games. Despite our rapid growth, we have been careful to build for the long term. I’ve always thought of this journey as being a series of sprints that make up a marathon,” wrote CEO Mark Pincus in the IPO filing. 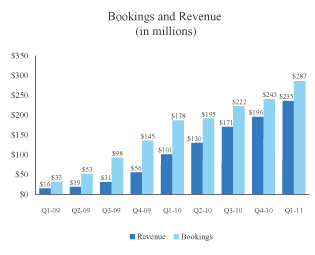 While located in San Francisco, Zynga has connections to the Seattle area. The company established an engineering outpost in the Pioneer Square neighborhood earlier this year under the leadership of former Amazon.com executive Neil Roseman.

The news of Zynga’s IPO also comes amid talk that Electronic Arts is positioning to fork out more than $1 billion to buy PopCap Games, the Seattle maker of hits such as Bejeweled and Plants vs. Zombies. PopCap and other Seattle gaming companies weren’t quite as quick on the draw on the social media gaming phenomenon that Zynga pioneered.

As a result, even though there’s a thriving gaming community in the Seattle area, no one has come close to touching Zynga’s dominant position.

And just how dominant is it?

The IPO filing is loaded with facts and figures:

–Since launch in 2007, it has generated over $1.5 billion in cumulative bookings.

–During the first quarter of 2011, the company’s bookings jumped to $286 million.

–Every day, Zynga games are played for two billion minutes.

But the business is not without risks. And one of the biggest is the company’s reliance on Facebook, the platform on which many of Zynga’s games are played. Zynga notes that it has “derived substantially all” of its revenue through

“We have benefited from Facebook’s strong brand recognition and large user base,” the company writes in its IPO filing. “If Facebook loses its market position or otherwise falls out of favor with Internet users, we would need to identify alternative channels for marketing, promoting and distributing our games, which would consume substantial resources and may not be effective. In addition, Facebook has broad discretion to change its terms of service and other policies with respect to us and other developers, and those changes may be unfavorable to us.”

And, like most game companies, Zynga relies on a few hits to drive most of its revenue. On the GeekWire podcast last week, we discussed the hit-driven business of games, suggesting that it might be one of the reasons PopCap was considering a sale versus going public.

Zynga hasn’t decided on the ticker symbol it plans to trade under. (They probably would like to take over the “Z” from Zillow, which has applied to trade under that symbol later this year).