One of the new features of Apple’s iOS 5 mobile operating system is something called AirPlay Mirroring. Essentially, it allows users of an iPhone 4S or iPad 2 to stream content from from the mobile device to an HDTV with Apple TV.

But how exactly would someone use this new feature? Take a look at the latest version of Z2Live’s air combat game MetalStorm: Wingman.

As you see in the video above, game players can now project action from the mobile app onto their TV screens.

It’s pretty amazing stuff. And a bit counterintuitive. After all, wasn’t the original idea of mobile gaming to escape the confines of the living room? And, doesn’t it seem a bit weird to play a game in front of a flat-screen TV with a mobile device at your fingertips? 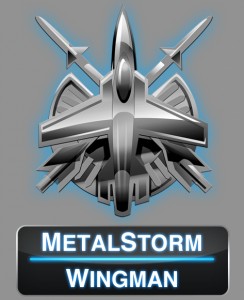 But, as the MetalStorm example shows, there are some pretty fascinating things going on here for those who’ve grown accustomed to the app-based ecosystem.

Since the 1970s, video game consoles have dominated the living room. And, for all of its advances in hardware design, Apple hasn’t made inroads against the big console makers. At least, not yet.

With MetalStorm’s utilization of the Mirroring technology, you can kind of see where things are headed.

“Gaming in the living room has traditionally been dominated by consoles,” said Lou Fasulo, COO at Z2Live. “AirPlay Mirroring in iOS 5 has the potential to place the mobile device at the center of all home entertainment.”

MetalStorm, conceived by a 17-year-old mobile app developer, is one of the top performing games on iOS. As of last May, when we last wrote about the Seattle company, it was nearing five million downloads.

The company, which scored $2.5 million in venture capital financing from Madrona Venture Group and Draper Fisher Jurvetson earlier this year, said that more than 16 million people worldwide have played its MetalStorm and TradeNations mobile games.

It’s pretty insane growth. And Z2Live CEO David Bluhm offered some perspectives on the ride during remarks at the WTIA’s TechNW event this week in Seattle.

“You have to unlearn what you learned from traditional gaming to play in the mobile free-to-play space,” explained Bluhm. “Because it is a completely different function of building games now, measuring what you put in those games as you build them, so when you are ready to launch it, you know exactly how it is going to do.”