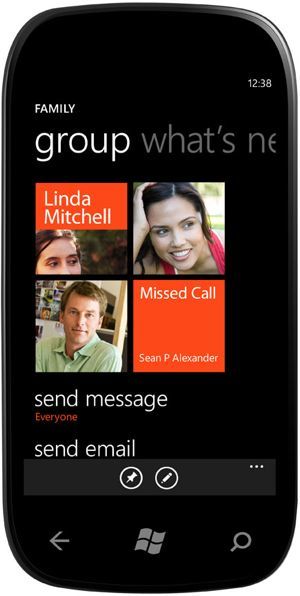 Microsoft’s Windows Phone team has completed its well-reviewed “Mango” software update and shipped the code to handset makers and wireless carriers for installation on devices to be sold in stores later this year.

Now the team faces another challenge: Making sure it doesn’t further alienate the Windows Phone faithful, many of whom are still ticked off about the repeated delays and protracted carrier testing of more minor updates to Windows Phone earlier this year.

A smooth update process will be critical as Microsoft tries to regain its footing in the mobile market against the iPhone and Android devices. Microsoft has been counting on Windows Phone to reverse its fortunes, but so far that hasn’t happened. The company’s share of U.S. smartphone subscribers fell to 5.8 percent as of May, down from nearly 20 percent in 2009.

Peruse the comments on the Mango announcement by Microsoft’s Terry Myerson to get a sense for the mood of existing Windows Phone users. In the post, Myerson acknowledges that the update of existing handsets is the next big hurdle facing the Windows Phone group.

“This marks the point in the development process where we hand code to our handset and mobile operator partners to optimize Mango for their specific phone and network configurations,” he writes. “Here on the Windows Phone team, we now turn to preparing for the update process. The Mango update for current Windows Phone handsets will be ready this fall, and of course will come pre-installed on new Windows Phones.”

See this earlier GeekWire post for a rundown of Windows Phone Mango’s features, including new messaging capabilities (a “conversation view” for email and seamless switching between text and Facebook chat) and better integration between the operating system and third-party apps. Mango also brings Internet Explorer 9 to Windows Phone and adds third-party app multitasking, allowing users to run apps such as music in the background while they use other apps.

The first Mango phone has already been announced in Japan. For a glimpse, here’s an IDG report.