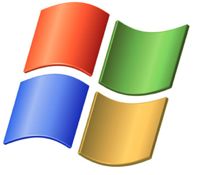 For better or worse, the upcoming week is shaping up as one of the most pivotal in Microsoft’s history.

Over the span of a few days, the company’s top executives will try to persuade some of their toughest and most important audiences — consumers, businesses, software developers and investors — that it has what it takes to remain at the center of the technology world for years and perhaps decades to come.

In short, Microsoft needs a little magic. So it’s appropriate that the stage for this all drama will be Anaheim, Calif., a few blocks from Disneyland. I’m headed to Southern California right now to report from the scene for GeekWire over the next few days.

It hinges on Windows 8, touted by Microsoft as the biggest upgrade to its flagship product since the landmark Windows 95 release. After showing previews this spring — including a new finger friendly interface for tablets — Microsoft is promising to lift the curtain and make the pitch for the next version of the operating system at two conferences this week.

First, Microsoft will be huddling with hardware and software developers starting on Tuesday at its sold-out “Build” conference at the Anaheim Convention Center, led by Windows chief Steven Sinofsky. Then on Wednesday, at a nearby hotel, Microsoft CEO Steve Ballmer and other executives will be holding the company’s annual meeting with financial analysts, delayed from its traditional summer date to allow the company to put its Windows 8 strategy in context for Wall Street.

It won’t be an easy pitch.

Microsoft Windows still dominates traditional PCs, but the rise of ever-powerful mobile devices and tablet computers is fueling rapid growth in areas outside the company’s traditional strongholds. It’s a new world, ruled so far by the likes of Apple and Google. Microsoft certainly won’t be able to knock those rivals from their perches this week. For now, it just needs to show that it’s worthy of being considered a credible rival in these areas, and particularly in the tablet market.

Although the Windows 8 interface will feature tiles similar to Microsoft’s Windows Phone operating system, the company has repeatedly asserted that it believes tablets should run full-fledged Windows, supporting USB ports, traditional drivers and other features that it believes people expect in personal computers. Apple and Google have instead adapted their mobile-friendly Android and iOS for tablets.

Microsoft’s current Windows 7 tablets — running on Intel and AMD x86 and x64 processors — have some interesting attributes, such as ink (when used with a stylus), but they’re often heavy and can’t run long enough on a single battery charge, says Michael Cherry, a former Microsoft engineer who is now an analyst at the independent Directions on Microsoft research firm in Kirkland.

Says Cherry via email: “So the big question is: will Windows 8 running on x86, x64 and/or ARM processors, allow OEMs to build tablets that can compete with the then-current generation of Apple iPads and Android-OS based tablets in terms of touch, battery life, weight, and price.”

Another challenge for Microsoft will be getting software developers excited about writing Windows applications again, stealing some of the steam from iOS and Android. Microsoft says applications written in the web-native HTML5 and JavaScript languages will become a standard on Windows 8, with full access to the power of the operating system.

One more complication for Microsoft is the current turmoil in the PC market, exemplified by HP’s decision to sell its personal-computer business, as well as slumping PC sales. To pull all this off, Microsoft needs PC vendors to be fully on board with its vision — coming up with innovative and high-quality designs that work seamlessly with Windows 8 to provide a compelling experience.

It’s not just tablets. Ars Technica’s Peter Bright received widespread attention this week for a revealing report on his struggle to find a credible alternative to the MacBook Air among Windows machines.

One important litmus test: The Windows 8 tablet that Samsung is reportedly unveiling at the conference this week. Rest assured, we’ll be taking a close look at that, assuming it proves to be real.

Update, Wednesday morning: Here’s a rundown of our coverage so far …