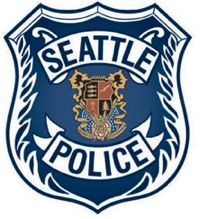 The Seattle Police Department is catching a ton of grief for transforming its Twitter feed from a selective news channel into an overactive police scanner — flooding its followers for 12 hours yesterday with tweets about 911 calls.

The goal was to raise awareness for next week’s “Night Out Against Crime,” explained police Sgt. Sean Whitcomb on the SPD Blotter blog.

“The Seattle Police Department handles hundreds of thousands of contacts every year.  What better way to bring awareness to them than to ‘tweet’ a sample of them during a 12 hour period?” he wrote. “The point of ‘tweeting’ police events is this: while crime fighting is the business of the police department, we can’t do it alone.”

The Seattle Times reports that the department lost hundreds of Twitter followers in the process.

Writes Linda Thomas of 97.3 KIRO-FM: “The Seattle social media community is a family. Today, the SPD was a noisy uncle at the dinner table who was only talking about himself – in incoherent sentences at that – and refusing to acknowledge that there are others in the room. Uncle SPD will eventually go home and maybe the next time we see him he’ll be in a more social mood.”

Fair enough. But even noisy uncles have a point sometimes. And some people actually liked what the department was doing.

I’ve followed SPD for a while and didn’t mind what it was doing yesterday. I’ll accept some temporary Twitter overload in the interest of an important cause. And given the department’s recent history, let’s consider it progress if this is the most objectionable thing SPD does for a while.