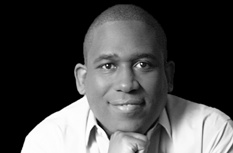 We’ve been tracking a number of key appointments, departures and relocations in the Seattle tech industry in recent days. Here are a few notable tech moves:

Dave Scott, the founder and CEO of Seattle-based Marketfish, is moving to New York City to establish a branch office for the company. Marketfish, which operates an online marketplace for email marketing lists, raised $4.5 million from Rustic Canyon and Javelin Ventures last month. Scott is planning the move in order to be near his wife who is planning to attend Columbia University.

Kumar Srinivasan has left Lockerz — the heavily-funded Seattle social networking upstart — after 12 months on the job. Srinivasan, a former Amazon.com vice president who held the positions of chief technology officer and chief product officer at Lockerz, plans to spend time with his family this summer before “exploring other opportunities,” a Lockerz spokesman tells GeekWire. The company, which raised $30 million in venture capital in April from Kleiner Perkins Caufield & Byers and others, plans to replace Srinivasan after a search. Lockerz is led by former Amazon.com and public relations executive Kathy Savitt.

Motricity, the Bellevue mobile services company, has named James Nelson to the board in order to fill a vacancy left by outgoing board member Suzanne King.

Larry Godec, senior vice president and chief information officer at First American Title Insurance Company, has been named a strategic advisor to the board at Bellevue-based Apptio.

Know of a notable tech industry move or hire in the Pacific Northwest? Email tips@geekwire.com