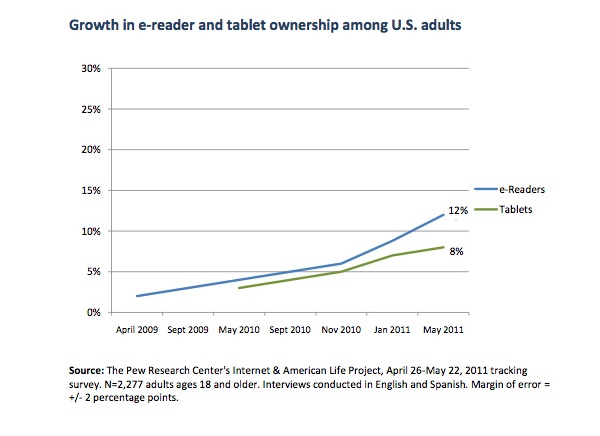 There was a time, not too long ago, when it was a bit of novelty to see someone reading a book or magazine on an electronic reading device like a Kindle or Nook. That’s not the case anymore, and a new study from the Pew Internet Project confirms it. According to the study, 12 percent of Americans now own an e-book reader. That’s up from six percent in November 2010. 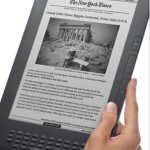 Interestingly, multi-purpose tablet computers like the iPad, which also allow for digital reading, haven’t kept pace with the eReader growth. In May, eight percent of Americans reported owning a tablet. That’s up from five percent in November 2010 and about steady with the seven percent of Americans who owned a tablet in January of this year.

Prior to November 2010, the report notes that sales of tablets had been growing very quickly in the U.S. That’s interesting, in part, because Apple released its iPad 2 in March.

Interestingly, the report found that roughly three percent of the population owns both an eReader and tablet. 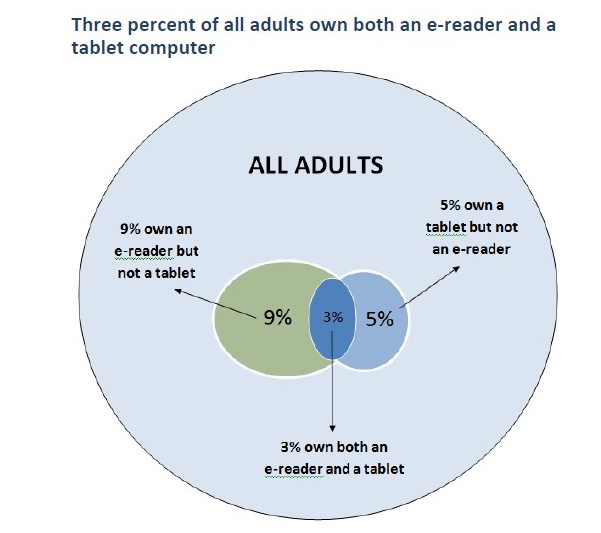 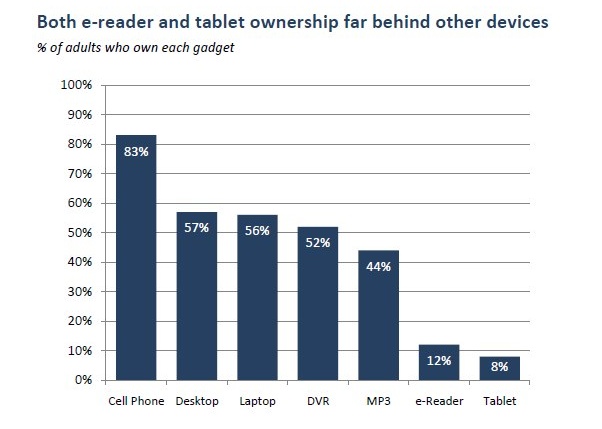