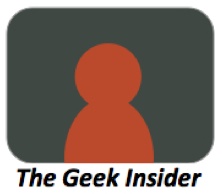 Team GeekWire loves nothing more than a good news tip. So, when a reader passed on a hot lead last week that Zillow.com was getting ready to file its IPO papers, we sprung into action.

We called and emailed sources, and utilized back channel efforts to find out what was going on. Unfortunately, we couldn’t nail down the tip. We finally gave up last Friday — a decision driven in part because of Spencer Rascoff’s active Tweet stream.

During the period we were snooping around, the 35-year-old Zillow CEO was actively Tweeting away about things completely unrelated to what was going on behind-the-scenes.

After all, you wouldn’t think that a CEO on the brink of taking the IPO plunge would have time to post things like this: “My 6 yr old would NOT have liked that indian burger. Nor would I.”

That was our logic at least, and it proved wrong. What we forgot is that Rascoff isn’t like other CEOs. He’s a social media madman, and a multitasking whiz.

The 35-year-old is constantly engaging with customers on Twitter, responding to questions in the Zillow forums and promoting new jobs at the online real estate company. (He even asked GeekWire to correct a minor grammatical error in a recent story).

But will federal regulators (or Zillow’s PR pros) put the muzzle on Rascoff’s public Tweets, no matter how innocuous they seem? There are strict rules about what executives of public companies can and can’t say. Even comments that could be perceived as harmless, may spark speculation.

For example, after Zillow actually filed to raise $51 million through an IPO on Monday, Rascoff Tweeted a few days later about buying a suit through the online men’s clothing retailer Indochino.

Our first reaction? He must be getting ready for the IPO road show.