The best insights, observations, comments, tweets and random zingers we heard this week.

“Just tried to donate to the @GatesFoundation. Curiously, they refused to accept my ’92 Ford Taurus.” — Conan O’Brien, on Twitter, during a visit to Seattle last week. (Via Linda Thomas)

“Thanks for swinging by. … We just finished the new campus HQ — just starting on the used car lot!!” — Jeff Raikes, Gates Foundation CEO, responding to O’Brien.

“I won’t stay long.” — Paul Allen, quickly walking out of the room.

“Oh, and the final kilt count for #PAX rests at 22 over the course of the weekend. Only one of them had a horse head though.” — Sharayah Pranger, on Twitter, with an important tally from this year’s Penny Arcade Expo.

“If I were Bezos, I’d settle quickly, if you know what I mean.” — GeekWire reader commenting on the lawsuit brought by Hells Angels against Amazon.com over the use of their name on a t-shirt.

“Groupon better IPO like right away.” — GeekWire reader Ray Burt on the expansion of AmazonLocal deals service to a total of 30 locations.

“NYC wants to be Silicon Valley so bad they’re trying to mimic the earthquakes.” — Ryan Freitas, on Twitter, commenting on the 5.8 magnitude quake that hit the East Coast last week, before the hurricane struck.

“I have always said if there ever came a day when I could no longer meet my duties and expectations as Apple’s CEO, I would be the first to let you know. Unfortunately, that day has come.” — Apple co-founder Steve Jobs, in his historic letter resigning as CEO. 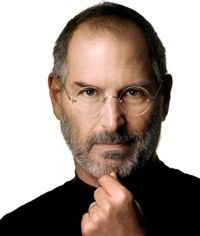 “Steve Jobs single-handedly changed the trajectory of my career. I have him to thank for the fact that I love what I do.” — Michael Schneider, who left his job as a lawyer to become an iPhone app developer, commenting on GeekWire about Jobs’ resignation.

“The decision for Jobs to step down may have a simpler, more logical explanation than just his being critically ill. The reason is Tim Cook. … Giving up the CEO title to Cook had to be done sooner than later. The company cannot take a chance that Cook might get tired of being jerked around.” — John C. Dvorak, offering a “contrarian view” of Jobs’ resignation.

“Dvorak has made a career out of being wrong and he’s still at the top of his game.” — Horace Dediu, on Twitter.

“Shaking my head at all these people confidently prognosticating about Apple, post-Steve. Jeepers, nobody knows; that’s biz, deal with it.” — Tim Bray on Twitter.