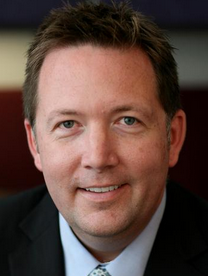 Steven VanRoekel, a former Microsoft executive, is expected to be chosen by President Barack Obama as the country’s next chief information officer, according to a report by The New York Times.

VanRoekel left Microsoft in 2009 to take on the role of  Managing Director of the Federal Communications Commission. He will replace Vivek Kundra, who was named the country’s first CIO and announced plans in June to leave the position for a gig at Harvard.

“We’re trying to make sure that the pace of innovation in the private sector can be applied to the model that is government,” VanRoekel tells The New York Times.

The 41-year-old spent 15 years at Microsoft — one time serving as an assistant to Bill Gates — before moving into a government role in the Obama administration. In his last role at Microsoft, VanRoekel served as a senior director of Windows Server.

The federal government, though trimming down its spending, remains a big buyer of technology. And Microsoft remains one of the biggest suppliers of those tools and services.

A formal announcement of the appointment is expected today, but VanRoekel’s Twitter account has already been updated with the new title of federal CIO.