Startups can blow up for any number of reasons: bad hires, overspending, lack of capital. In fact, a new study from the Startup Genome Report finds that 90 percent of startups fail primarily because of “self-destruction rather than competition.”

And what’s the biggest reason why? The study of more than 3,200 high-growth technology startups pinpoints the issue on what it calls “premature scaling.”

That’s the idea of companies expanding before they are ready. In other words, getting the cart before the horse. The concept can take many forms, hiring too many employees too fast, spending too much on customer acquisition before the product is ready or boosting marketing spending without analyzing core metrics.

About 74 percent of Internet startups fail because of premature scaling, while those who scale properly typically see growth that’s 20 times faster, according to the report. Those companies that scale properly also attract more capital and customers, and eventually hire more employees. In fact, none of the startups that scaled prematurely passed the 100,000 user mark.

A startup can maximize its speed of progress by keeping the 5 core dimensions of a startup Customer, Product, Team, Business Model and Financials in balance. The art of high growth entrepreneurship is to master the chaos of getting each of these 5 dimensions to move in time and concert with one another. Most startup failures can be explained by one or more of these dimensions falling out of tune with the others. In our dataset we found that 70% of startups scaled prematurely along some dimension. While this number seemed high, this may go a long way towards explaining the 90% failure rate of startups.

As the charts below show, those startup companies that grow their businesses in a consistent manner get higher valuations and attract more customers. (Full report here). 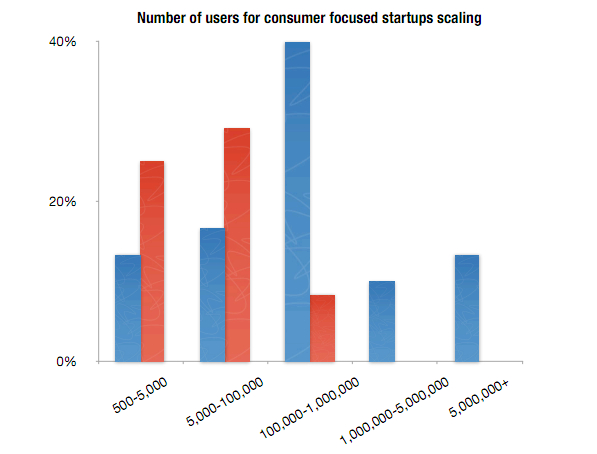 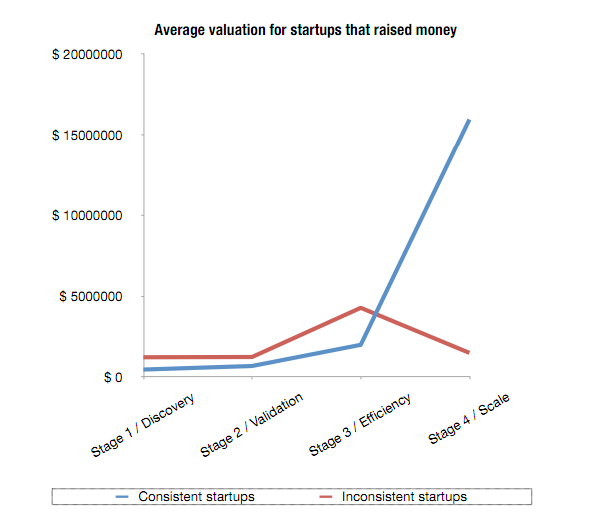