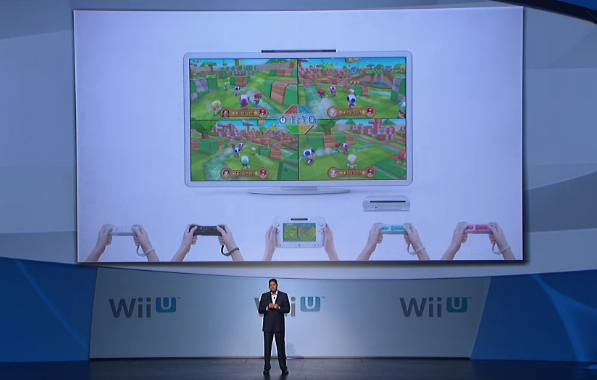 Nintendo just unveiled its newest home console, dubbed the Wii U, during a presentation at the E3 video game convention in Los Angeles. That’s a picture of the controller, via the company’s E3 webcast, which you can watch here. 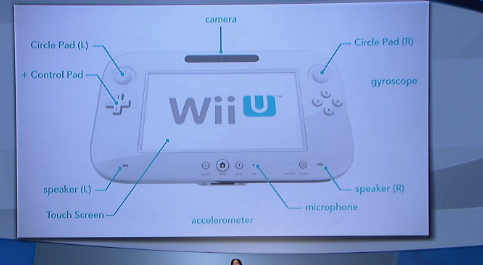 Features of the controller include a touch screen, gyroscope, speakers, accelerometer and camera. In that way, it’s a major evolution of the existing motion-sensitive Wii controllers. Nintendo says the screen on the Wii U controller can work in conjunction with the action on the TV screen or as a standalone device for playing games.

This is Nintendo’s attempt to follow up on the breakthrough success of the Wii, which has been waning recently as Microsoft and Sony have come out with their own motion controllers for the Xbox 360 and PlayStation 3.

Wii U is expected to be released next year. No price announcement yet. The Guardian has an early hands-on with the tech demos that Nintendo will be showing at E3. It’s backward-compatible with existing Wii games.

And yes, the company says, it outputs HD graphics.