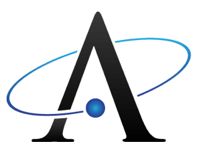 With the Space Shuttle Atlantis departing this morning for its final flight, some have lamented the end of an era for the American space program. But a number of entrepreneurs are keeping the flame alive, and one new Seattle area upstart, with some high-profile engineers and backers, is just coming onto the scene. The company is called Arkyd Astronautics.

I just discovered Arkyd for the first time this morning after encountering a job posting for the company. And while the listing didn’t offer too many details, a quick check of the State of Washington corporation records points out some interesting folks who are involved in the project.

Listed as a chairman and director is none other than Peter Diamandis, perhaps best known as the creator of the X Prize Foundation. He’s also the founder of Zero Gravity Corp., which for $5,000 offers individuals the chance to “float like an astronaut” on G-Force One. Also involved is Eric Anderson, CEO of space tourism startup Space Adventures.

You certainly won’t find out much from its bare-bones Web site.

But a bio of president and chief engineer Chris Lewicki — an aerospace systems engineer  who previously served as a Mission Manager for Surface Operations of the Phoenix Mars Lander– offers a few clues.

It notes that Arkyd is developing “disruptive technologies for the commercial robotic exploration of space.” Lewicki, a Bellevue resident who has been awarded two NASA Honor Medals, previously served as the lead NASA JPL Flight System Engineer for the Mars Lander project.

Despite Boeing’s headquarters relocation to Chicago, Seattle remains a hotbed for innovation in aerospace. (One of the reasons why many Seattleites were bummed when the Museum of Flight lost out on an opportunity to win one of the retired space shuttles).

Microsoft co-founder Paul Allen’s love of aerospace technologies is well known, including his team’s previous winning efforts of the X Prize. Amazon.com founder Jeff Bezos also is investing some of his riches in Blue Origin, a space startup located south of Seattle.

According to filings with the state, Arkyd was formed last November. We have emails into the company and will update the post if we find out more.