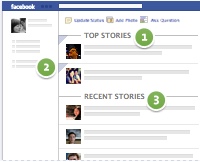 A quick rundown of stories catching our attention this morning …

Apple’s iPhone 5 is set to be unveiled Oct. 4, with the device available for purchase within a few weeks of the announcement, reports John Paczkowski of AllThingsD this morning, citing unnamed sources.

Fortune speculates that the actual availability of the device could be sooner. Apple’s new CEO Tim Cook is expected to be on stage running the show, and an appearance by Steve Jobs is considered unlikely.

Facebook rolled out a series of changes overnight, including a news ticker in the upper right corner of the screen and a new approach to the main news feed. See this Facebook post for more details. This comes as Google continues to enhance its Google+ social network, open up to all users without the need for an invite.

Speaking of Facebook, VentureBeat reports that the social network’s revenue is on track to top $4.2 billion this year, with a big chunk of the growth coming from the company’s Facebook Credits virtual goods system.

The Swedish health system in the Seattle region will adopt Microsoft’s Amalga health technology platform, the company announced this morning.