Updated below with Microsoft’s statement saying it has regained control.

Unless this is some elaborate publicity stunt, Microsoft’s official YouTube channel appears to have been taken over by someone not affiliated with the company, who has removed all of the videos and posted solicitations for sponsorships, apparently anticipating an influx of traffic as the news spreads.

I subscribe to the company’s YouTube updates and received notification this morning of two new uploads by the company, both of them rudimentary videos apparently soliciting advertisements for the channel. Since then a third video has been uploaded, along the same lines.

The background on the channel has been replaced and all of the company’s archived videos, including those for its newly launched advertising campaign, have been removed.

A message on the channel reads, “I DID NOTHING WRONG I SIMPLY SIGNED INTO MY ACCOUNT THAT I MADE IN 2006 :/”

We’ve contacted the company to find out what’s going on.

Update, 11:40 a.m.: Microsoft says in a statement, “We are aware that someone has altered the YouTube channel devoted to Microsoft videos.  We are working with YouTube to rectify the situation.”

Update, 2:07 p.m.: A new statement from Microsoft: “We have regained control of the Microsoft channel on YouTube, and we are working to restore all of the original content.  We will continue to work with YouTube to ensure safeguards are in place for the future.”

No word yet on what happened; we’ve asked the company for more details.

Here’s what the channel looks like as of 9:45 a.m Pacific time. 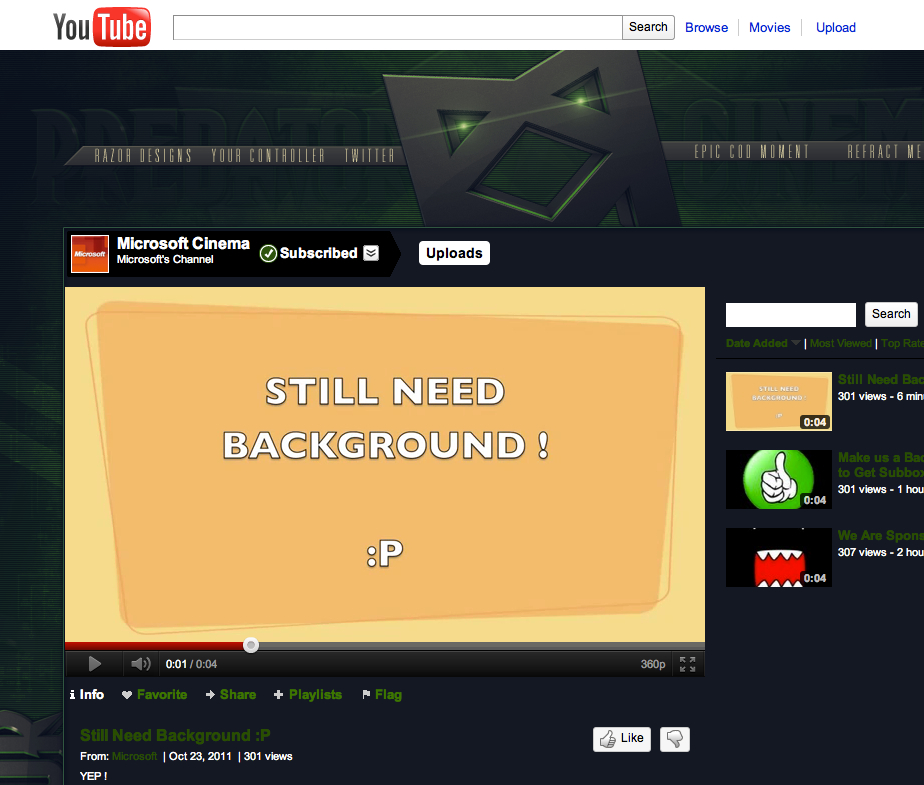