Microsoft is updating the mobile reader apps for its Microsoft Tag barcodes to also scan Quick Response (QR) codes and read Near Field Communications (NFC) signals, saying it’s aiming to simplify the experience and minimize confusion for users who scan the codes seeking more information on advertised products and other items. 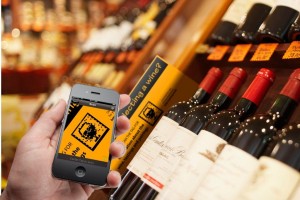 The company says it will also add support for brands to create QR codes and NFC campaigns from the Microsoft Tag website.

It’s a surprise move in part because Microsoft’s color Tag barcodes are a rival to traditional QR codes. The company says wants to avoid the current problem where people try to scan QR codes with a Microsoft Tag reader. Up until this point, that didn’t work, and it was the No. 1 support issue cited by Tag users.

“QR codes aren’t going to go away. They’ve gained a lot of pervasiveness. At the same time, we keep seeing the usage of Tag increase every month, as well,” said Aaron Getz, general manager for Microsoft Tag, in an interview. “So we really do think that these two formats are going to live in the world side-by-side for some time. Flash-forward, as time goes on, bar codes themselves will start giving way a little bit to things like NFC or other approaches.”

The addition of support for NFC is more of a long-term bet, because the technology has yet to go mainstream and will require the major mobile phone players to build NFC technology into their devices.

Getz noted that Microsoft sees Tag not just as a reading technology but as an end-to-end system for adding a layer of interactivity to physical objects. People who scan bar codes with Microsoft Tag apps can keep a history of their scans and share with friends on social networks, for example. On the back end, companies can use the Microsoft Tag system for analytics about the scans people make.

“We’ve always been focused more on the experience part than on the actual way that you recognize the object,” he said. The company will focus on “enabling richer and richer scenarios across whatever type of recognition technology people want to use.”

QR codes and Microsoft Tags are optical technology. NFC lets a device receive data from a chip embedded in a nearby poster, for example, using close-range radio signals.

Microsoft Tag reading apps are available for mobile platforms including iPhone, Android, Windows Phone, BlackBerry and Symbian. The new support for QR codes and NFC is slated to roll out with updates to the apps today.