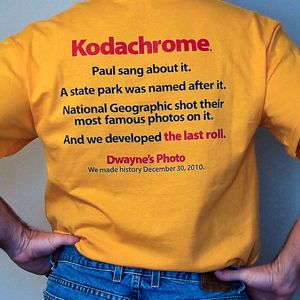 There’s plenty to criticize Microsoft about these days. The company has fallen behind Apple in mobile phones and tablets. It’s trailing Google in phones and search. Its stock has been stuck for years. But a New York Times editorial this weekend paints an incomplete picture by implying that Microsoft hasn’t been able to expand beyond the personal computer.

An excerpt from the New York Times piece …

Eastman Kodak, the fifth-biggest company in the S.& P. 500 in 1975, was almost destroyed by digital cameras and is no longer in the index. General Motors, fifth biggest in 1985, was hobbled by rivals that could make more fuel efficient cars. Microsoft still rules the PC desktop. But that will matter less and less as users migrate to tablets and more computing takes place in “the cloud.”

Of course, in reality, Microsoft is making headway in the cloud with Windows Azure, and cloud-based versions of its software. And Windows PCs haven’t gone the way of Kodachrome just yet.

But more glaring is the NYT editorial board’s lack of recognition (or awareness?) of Microsoft’s strength in computer servers and game consoles — actual successes for the company in key technology markets beyond the PC desktop. Windows Server had a 75% share of worldwide server shipments in the first quarter, and Xbox 360 has been atop the U.S. console industry for 10 of the past 11 months, outpacing industry veterans Nintendo and Sony in the domestic market.

Together, the Server & Tools and Entertainment & Devices units were responsible for more than a third of Microsoft’s record annual revenue of $62 billion last year.

The competitive threats and internal challenges facing Microsoft are serious. Windows Phone is struggling out of the gate. A new, tablet-friendly Windows interface isn’t expected on the market until next year. Recent trends in PC shipments should be especially troubling for the company, showing the iPad taking a toll on traditional Windows sales. Microsoft still moves too slowly on many fronts, and critical scrutiny of the company’s long-term prospects is as warranted as ever.

But let’s start with an accurate understanding of where Microsoft stands. And it’s not next to Kodak.