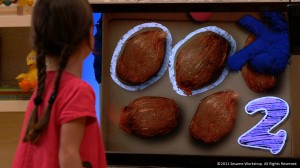 In the Seattle area there is a powerhouse co-founded by Bill Gates, dedicated to using advances in technology to change education.

And then there is Microsoft.

The Bill and Melinda Gates Foundation has, over the past several years, poured hundreds of millions of dollars into education reform in the U.S. With grants to, and through, initiatives such as Next Generation Learning Challenges and the Shared Learning Infrastructure, Gates has tried to see if technology can be part of the equation to transform K-12 education.

Results have been mixed. As Stacey Childress of the Gates Foundation told a conference of education technology execs in May, “We’re willing to fail. We’re willing to be criticized. But that’s only okay if we’re willing to learn from our mistakes.”

Despite the missteps, Gates has had a clearly articulated strategy.

But as for the Foundation’s sibling across the lake – well, it’s hard to discern exactly what Microsoft’s education strategy is. And you’d think this would be the time to forcefully put one forward as upstarts like Startup Weekend EDU, Imagine K12, Salman Khan’s Khan Academy and, yes, even Gates are working hard to be the disruptors or darlings of reforming education digitally.

So I had high hopes when I was asked to take part in the general session featuring Cameron Evans, Microsoft’s U.S. Education Chief Technology Officer, at the Software and Information Industry Association’s annual Ed Tech Business Forum in New York City recently. My role was to listen to his talk on “the new normal in technology” and comment on what he said, what I wished he’d said, and what surprised me.

I should have taken it as a sign that my first surprise was that, even after 15 years of consulting largely in edtech, I had no idea Microsoft had an education CTO.

This is not a slam against Evans. A smart representative for Microsoft (he’s a former school district CIO), he made several good points and laid out pieces of what could be called a vision for education. Such as a definition of “mobile learning” in which the focus is on mobile students, not mobile devices, and creating technology to make sure the data follows the student. Plus flatly stating that, when it comes to the urgency of applying appropriate technology to K-12 education, traditional long-term government and corporate timeframes for measuring success don’t apply: “We don’t have five to ten years to see the return on tech investment in schools.” (Evans’ entire presentation is archived on the SIIA Ed Tech Business Forum website.)

Just as great snippets of dialogue are not a completed screenplay, a piecemeal high-level vision is not a corporate, product or leadership strategy. The closest Evans came to articulating one for products in his talk was when he spoke about using sensors like those inside Xbox Kinect to create “immersive learning environments.”  It was the only Microsoft product Evans mentioned, apparently a timely marketing nod to Microsoft’s recently announced “playful learning” initiative.

Is a lack of a public Microsoft education strategy a surprise? Well, not really. Viewed from the outside, Microsoft appears to go through education strategies and execs as fast as Kim Kardashian goes through spouses. Every year or two there seems to be a new structure and a new approach. I recall when I was once told that the lynchpin of Microsoft’s edtech strategy was to get Sharepoint used more by schools. Or later, at a major education technology trade show, that Microsoft’s entire K-12 strategy was to train teachers to use Office and Windows in the classroom.

Yet there are seeds of an undisclosed and creative strategy embedded on Microsoft’s own education website. Though the only products offered for sale are the usual one-size-fits-all suspects – Office, Windows, OneNote and now, notably, Windows Phone and Kinect – digging down to “free products and services for teachers” uncovers potential random gems. Microsoft Mathematics 4.0, a visual math calculator. Chemistry Add-In for Word, a way to integrate the language and symbols of chemistry into documents. Worldwide Telescope, Flashcards and Math Worksheet Generator are also among the many free education tools from Microsoft Education Labs or Microsoft Research.

Indeed, Microsoft lists more free products for teachers than paid ones. (Though one has to wonder how important this effort is to Microsoft by how up-to-date the page is kept: the link to Kodu Game Lab, a visual programming language for kids to create games, results in a 404 error.)

One not-bad K-12 product leadership strategy? Formally and officially create a coherent series of free, cool, must-have education-specific add-ons that build on Office as a platform, provide tools for educators to easily create and share their own add-on applications, all while selling the crap out of the old warhorses.

Another for corporate leadership? Evans hinted at one, implying Microsoft could be the glue in education (similar to how it would like to be in health care with Microsoft HealthVault) enabling connected education across settings, locations and devices. There are probably other strategies, too, that tie together and leverage Microsoft’s market and mindshare.

What Microsoft, unlike the Gates Foundation, hasn’t done at a time when significant attention is being focused on K-12 learning is openly declare if it will lead – or simply cheerlead the good work of others.