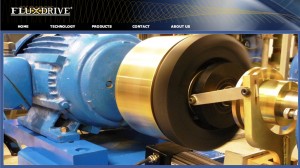 The Pacific Northwest may be best known for its software and Internet industry. But Philip “Chip” Corbin, the founder and CEO of Sumner-based FluxDrive, wants to make sure the region preserves its manufacturing sector too.

Being a manufacturing startup — amid fast-growing software companies — did prove a bit challenging as the entrepreneur hit the fundraising trail earlier this year. But the persistence paid off, and Corbin just landed a $1.5 million financing round led by the Alliance of Angels and Northwest Energy Angels.

“The Pacific Northwest is more IT-based investors,” Corbin tells GeekWire. “But the Alliance of Angels came through with a certain type of investor that was looking to bring back manufacturing to the U.S., so that was really attractive to a certain group.”

Corbin, who holds a degree in maritime engineering, noted that most investors don’t really understand how electric motors work. And that made the discussions with investors about FluxDrive a little tough.

But when he showed the energy savings of the FluxDrive systems — which uses variable speeds to power pumps, filters and other electric motors — the story started to resonate.

A 25 horsepower FluxDrive unit costs about $10,000, but those systems can account for $6,000 to $8,000 in annual energy savings. Many utilities also offer credits that cover some of the cost of installing the variable-speed drives, he said.

To date, the systems have been installed at about 30 locations throughout the U.S., including the Columbus Zoo where they help drive filter pumps in the tanks for manatees and manta rays.

The Columbus Zoo currently has four systems installed, and it is currently looking at 10 to 12 more this year at a cost of as much as $300,000. FluxDrive also is planning to work with the U.S. Navy to place its drives on vessels, reducing energy and fuel consumption on ships.

With the Navy’s assistance, FluxDrive is planning to create a new line of products that can run up to 200 horsepower.

In total, Corbin said the company has a backlog of about $750,000 worth of business.

FluxDrive, which previously raised $690,000, employs 10 people. It will use some of the funds for product development and hiring, including a sales distribution system that it plans to establish with pump and blower companies.

FluxDrive’s manufacturing is handled through partnerships with machine and manufacturing shops in the Puget Sound region. It then does the final assembly and testing at its facility in Sumner.

“This is such a hotbed for manufacturing,” he said. “All of these parts and pieces can be made relatively simply right here in the Puget Sound region, so scaling for hundreds of parts and pieces that can be assembled works out really well.”