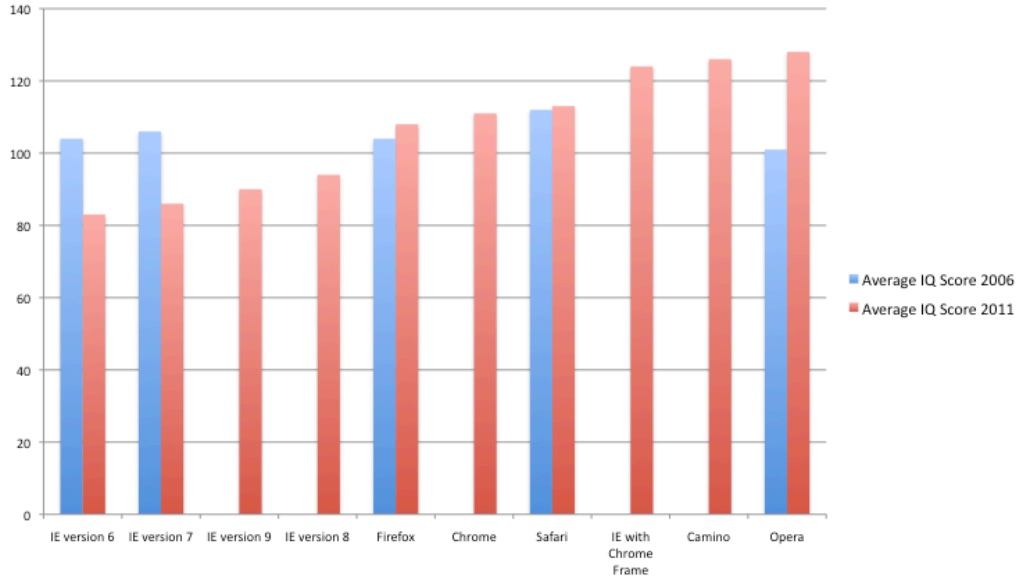 A study released this past week by AptiQuant, a Vancouver, B.C., “psychometric consulting” company, found that Internet Explorer users, on average, scored lower on IQ tests than users of other browsers did. Users of older versions of Internet Explorer — IE 6 and IE 7 — fared particularly poorly, with average IQ scores in the 80s. At the top of the range were users of Opera, at more than 120. 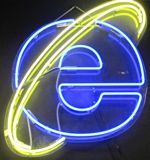 Of course, the study is getting lots of attention, reinforcing certain stereotypes about computer users. AptiQuant says it gave the free online test to more than 100,000 people, and correlated their IQ scores with the browser they were using. The company explains its process and presents its results in this paper.

Microsoft is pushing people to give up IE6 in favor of newer versions of the browser, so despite the negative connotations about IE users overall, this could conceivably help one of the company’s initiatives. AptiQuant says its ultimate goal is to highlight the problems that older versions of IE create for web developers, compared with newer browsers that comply with the latest web standards.

What’s a little disingenuous is how AptiQuant is playing the situation. In its initial article on the study, on its website, AptiQuant wrote, “This latest report about the intelligence levels of IE users is expected to create a storm.”

But later, in a follow-up article reporting on threatened litigation from unnamed Internet Explorer users, the company says it is “really surprised by the unexpected attention” the study has received.

Under the circumstances, it also seems appropriate to point out the company’s misuse of the word “faired” in its writeup of the study — saying that subjects using IE8 “faired a little better.” Maybe it’s one of those quirks of the language north of the border. Or maybe they’re secretly using IE6 themselves?

At any rate, I did attempt to contact AptiQuant for more details on this threatened lawsuit, but its online contact form repeatedly responded with an error when I tried to submit my message.

Yes, I happened to be using Internet Explorer. But for the record, the form didn’t work in Opera, either.