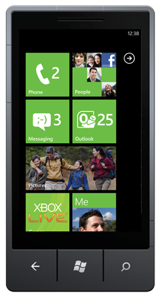 Research firm IDC is out with new projections for the smartphone market, sticking to its prediction that Microsoft’s Windows Phone will be the No. 2 operating system worldwide by 2015 — ahead of Apple’s iPhone but well behind Google’s Android, which is projected to have more than 40 percent of the market.

However, the firm’s projection for Windows Phone (and Windows Mobile) market share for the current year has fallen from 5.5 percent a few months ago to 3.8 percent in the latest report — reflecting the Microsoft’s platform’s struggle to find its footing out of the gate.

See this enterprising report by PC Mag for insights into that struggle. Reporter Sarah Yin found that salespeople in retail stores are essentially treating the Windows Phone devices as second-class citizens to Android devices, in particular.

IDC’s new long-term forecast for Microsoft, 20.3 percent market share in 2015, is down slightly from a few months ago, when IDC pegged the Redmond company’s 2015 number at 20.7 percent. In predicting that Microsoft will become No. 2 in 2015, IDC is relying heavily on the impact of Microsoft’s partnership with Nokia, which will make Windows Phone the mobile giant’s primary smartphone operating system.

From the latest IDC report …

“Windows Phone 7/Windows Mobile will benefit from Nokia’s support, scope, and breadth within markets where Nokia has historically had a strong presence. Until Nokia begins introducing Windows Phone-powered smartphones in large volumes in 2012, Windows Phone 7/Windows Mobile will only capture a small share of the market as the release of Mango-powered smartphones are not expected to reach the market until late 2011. Nevertheless, assuming that Nokia’s transition to Windows Phone goes smoothly, the OS is expected to defend a number 2 rank and more than 20% share in 2015.”

Mango is the next version of Windows Phone, due out later this year.

IDC’s (slightly reduced) confidence notwithstanding, Nokia is looking less than rock-solid these days, recently dropping its sales forecasts in the face of competition from Android.

In related news, Microsoft is courting Android developers with a new tool to help bring their apps to Windows Phone. Another notable item: Microsoft is selling Windows Phone devices for a penny through the online Microsoft Store.