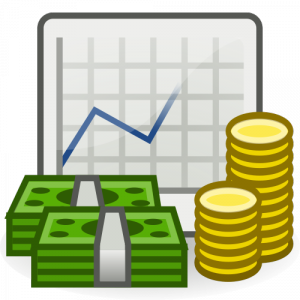 Guest Commentary: The best businesses in the world do two things.  They ship, and they sell. You inherently have nothing to sell until you build and ship, of course, but that doesn’t mean you should build before you sell.

TA McCann from Seattle startup Gist told a panel of start-ups last year that the first version of their product should be a series of mock-ups in PowerPoint.  He even went so far as to propose start-ups sell before the product is built.

Think he’s crazy?  Think about the alternative.  What if you build something that nobody wants to buy?  Wouldn’t you want that feedback before all the blood, sweat and tears go into your first beta?

This isn’t about focus groups, or asking questions of your early adopter market.  This isn’t about answering the question “do you want this?”  You have to ask for the order, ask for real money, to figure out if they’ll really buy, learn what their actual objections would be, what other features they need before they’ll close.

These are questions you can’t afford to answer after investing in and deploying a sales team.  As the founder, it’s your job to be the company’s first salesman.  This may, in fact, be your most important role.

You need to understand your target market better than anyone else.  You need to differentiate between the immediate, early adopter market and the long-term market opportunity (as those likely require different feature sets and sales strategies).  You need to know the sales process for your market, your customer, your product because you built it.

How can you teach a sales team to sell to your customer if you don’t understand them yourself?  If you haven’t sold the product yourself?  If you can’t tell them when their scripts, their processes, their approach is right or wrong?

Many start-up founders have a technical background.  They’re most comfortable building products.  Shipping, not selling.

But successful businesses grow because they sell.  Nothing sells unless it ships, but you shouldn’t ship unless what you’re building can be sold.

It’s not a catch-22.  Sell first, build next, accelerate sales after that.

Founders with technical backgrounds don’t need to be afraid or intimidated by this.  Sales isn’t rocket science.  If you’re doing it right, you’re marrying a sales process with the way your customers want to buy, based on solving a pain or addressing a need they already have.  If your initial business idea and premise is correct, your target market wants to buy from you.

If this is true, you have the advantage.  You have the aspirin for their pain.  But nascent markets don’t sell themselves.  You still need to engage, translate and sell.

As you grow, the sales team will do this for you.  As you demonstrate and confirm the market need your business is based on, you can hire a sales team to accelerate market penetration.

But early on, there’s no sales team.  There’s only you.

Focus on shipping.  But equally embrace your role as the first, and most important, salesperson in the organization.