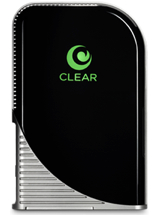 Big move by Clearwire this morning, announcing that Ericsson will take over day-to-day management of the Kirkland company’s wireless 4G broadband network.

Seven hundred Clearwire employees will transfer to Ericsson by mid-year as part of the seven-year deal with the Stockholm-based telecom services company — continuing Clearwire’s headcount reduction.

It’s the latest step in a longstanding effort by Clearwire to find its financial footing. The company says in a news release that turning over management of its network to Ericsson will make its business operations more efficient and reduce its operating costs.

Under the management deal, Clearwire will retain ownership of the network, remain the point of contact for customers, and retain “full responsibility for future technology and strategy decisions. Ericsson will take over network engineering, operations and maintenance.

Clearwire employed 3,300 people as of March 31, after announcing deep job cuts last year. The company had a total of 550 employees in the Seattle region at that point, a spokeswoman says.

One hundred of those Seattle-area employees will transfer to Ericsson under the management deal. The company says it will retain about 100 network employees overall to support its future technology and strategy decisions.