Eric Koester thinks the startup company formation process needs to be streamlined, eliminating “friction points” tied to government regulation. And now the Seattle attorney-turned-entrepreneur is heading to Washington D.C. to share that message.

Koester, the co-founder of Zaarly and former corporate attorney at Cooley Godward, plans to testify in front of the Committee on Oversight & Government Reform Tuesday. The topic of the discussion, headlined by SEC Chair Mary Schapiro and also featuring SecondMarket CEO Barry Silbert and The Cato Institute’s Richard Rahn, is “The Future of Capital Formation.”

That’s certainly a weighty topic. And while Koester tells GeekWire that he’s a little 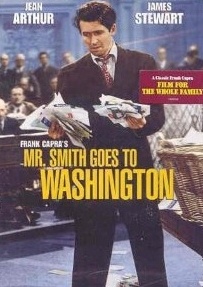 nervous about the appearance, it is also a subject matter he has a good handle on.

“My testimony is going to largely focus on the importance of streamlining and simplifying the regulations and rules governing private company financing,” Koester tells GeekWire. “What I realized as both an attorney and an entrepreneur is that it is already a challenging market for most entrepreneurs to raise money, even relatively small dollar amounts, and any ways we can make the process simpler and allow greater options for funding is better for entrepreneurs and the startup ecosystem.”

Koester — who was recommended to the committee by a former colleague of his wife — laid out four key bullet points which he plans to stress on Tuesday.

He provided highlights to GeekWire in advance of the testimony. Here they are:

1. Private Company Financing Regulations: In general, I would like to see regulations make the process for small businesses and startups simpler and more efficient, but also I’d like to see a removal of some of the limitations on general solicitations and a re-examination of the accredited investor rules to be expanded to include sophisticated investors.

2. Private Market Regulations: With new marketplaces for privately-held securities such as SecondMarket gaining popularity, I think it is important to examine rules that limit these markets such as the 500 shareholder cap (which restricts a private company to have no more than 500 shareholders without going public) and some of the limitations on solicitation for those private market sales.

3. Exploring Alternative Funding Arrangements such as community-powered, crowd-sourced funding, micro-loans, etc.: These sort of funding arrangements are gaining popularity in social entrepreneurship but could also have similar impact in the for-profit world.  I think the government should examine how they can create flexible rules and regulations that encourage these alternative approaches to group fundraising and empowering tools like community microloans.  Right now, these programs require a great deal of legal compliance which makes them expensive and challenging to implement.

4. Immigration Reform: While not directly part of the purpose of this hearing, I think it is important that the entrepreneurial eco-system be able to have access to visa programs to attract more international talent and the Startup Visa program in order to encourage entrepreneurs to start their businesses here.

Koester, who helped dozens of companies while an attorney at Cooley Godward and later as an active member of Startup Weekend, is now focusing his efforts on Zaarly.

The company, which maintains an office in Seattle, plans to launch this month just 90 days after an initial pitch at Startup Weekend in L.A. Koester said that Zaarly has been able to move quickly in part because the team has more than 40 years of combined experience working with early-stage businesses, but that’s not the case with all startup companies.

“Obviously, not every situation allows that speed, but I certainly think you shouldn’t be required to have that much experience and a corporate lawyer on your team to build a business and raise seed capital for the business,” he says. “So my hope is that regulators will take a serious look at how to streamline the fundraising process for entrepreneurs, small businesses and startups.”