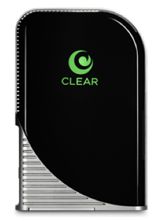 Comcast and Time Warner will end their wholesale agreements with Clearwire, part of a deal that the cable companies struck today to sell wireless spectrum to Verizon. Cnet reports that the decision ends “a lukewarm relationship” between the cable companies and Clearwire, with reporter Roger Cheng noting that Comcast signed up just 30,000 customers through the wholesale agreement with Clearwire.

Both Time Warner and Comcast will remain minority shareholders in Clearwire. Time Warner, Comcast and BrightHouse Networks agreed to sell their spectrum to Verizon for $3.6 billion, and part of that deal allowed the cable companies to resell Verizon wireless service.

The news comes a day after Sprint entered into a financial arrangement to provide Clearwire with as much as $1.6 billion over the next four years, much needed capital for the struggling broadband wireless company.

Shares of Clearwire, which have fallen 60 percent this year, were trading at $2 today in morning trading.