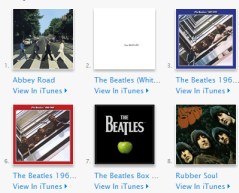 If there were one song from The Beatles that represented the state of the music industry in 2011, it would likely be “Help!” Revenues have been slumping for years as the industry grapples with new digital distribution models. But has the industry started to bounce off the bottom? The Beatles themselves may have just provided a much-needed boost. Music sales in the U.S. are up 1.6 percent in 2011, helped in large part by the release of The Beatles’ digital collection on iTunes.

Now, the industry still has some problems, so it’s too early declare Good Day Sunshine in the music biz.

Physical albums are still declining in sales, but digital downloads offset that negative trend with track purchases up 9.6 percent, according to The Nielsen Company. Digital album purchase also increased, up 16.8 percent. Digital music retailers, including Apple, now account for half of all music transactions.

But, interestingly in this high-tech era, there’s been a huge resurgence in the sale of vinyl albums. I’ve got a few techie friends who love vinyl, probably in part because it’s a throw back to another era but also because they claim that music just sounds way better in that format. (See chart below). 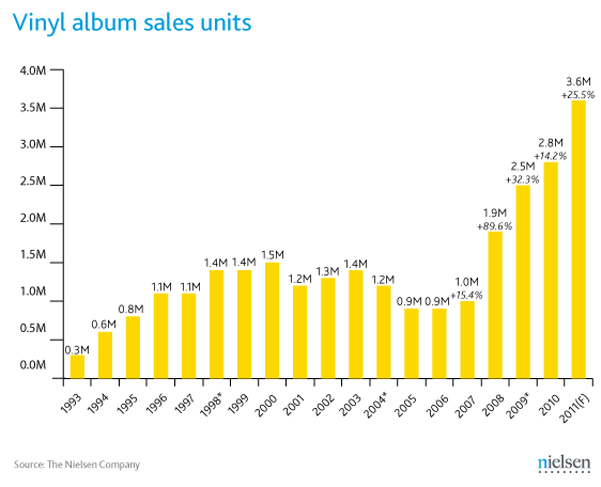