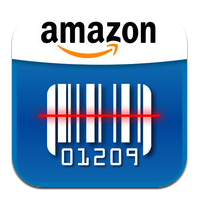 If you bought something online last week, you were part of history. Americans spent nearly $6.3 billion to buy stuff over the Internet during the week ended Dec. 18 — an all-time record for U.S. online retail spending, according to new data reported this morning by comScore Networks.

All told, U.S. consumers have spent nearly $32 billion online during the first 48 days of the 2011 holiday shopping season, an increase of 15 percent over the same period last year, according to comScore data. Ten individual days have exceeded $1 billion in online sales.

The online growth comes amid rising tension this holiday between online retailers and traditional outlets, with Amazon.com and its Price Check app serving as a lightning rod by encouraging shoppers to buy online after browsing in stores.

In a news release announcing the latest online numbers, comScore chairman Gian Fulgoni noted that much of the focus will shift to brick-and-mortar stores in the final days leading up to Christmas. Still, Fulgoni predicted, “we will see another $5 or $6 billion in e-commerce spending over the remainder of December to finish off what has clearly been an outstanding season for online retailers.” 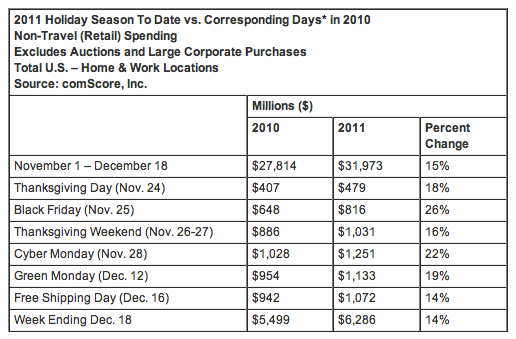