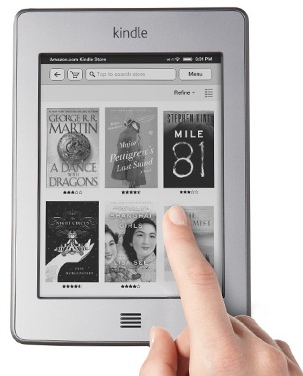 If you’re thinking about getting one of the new Amazon Kindle Touch e-readers, and trying to decide between the $99 WiFi version and the $149 version with free 3G wireless access, some important news emerged over the weekend that you might want to take into account before forking over the extra $50.

Basically, you won’t be able to use the Kindle Touch 3G to browse the web to your heart’s content on a 3G mobile broadband connection.

In response to a customer’s question on its forums over the weekend, the Amazon Kindle team explained, “Our new Kindle Touch 3G enables you to connect to the Kindle Store, download books and periodicals, and access Wikipedia – all over 3G or Wi-Fi. Experimental web browsing (outside of Wikipedia) on Kindle Touch 3G is only available over Wi-Fi.”

PCMag.com has more on the situation.

This appears, at least in part, like a case of Amazon managing its wireless costs as it tries to reduce the price of its devices. It will be interesting to see if future Kindle Touch 3Gs come with an option for consumers to pay for a monthly broadband plan to enable mobile browsing.

Amazon’s new Kindle Fire tablet doesn’t yet come in a 3G version, which at least reduces the chances for confusion.