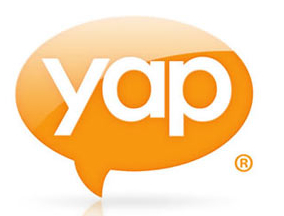 The Siri voice recognition service is a big hit with users of Apple’s new iPhone 4S. Now, is Amazon.com looking to counter that technology with Yap?

The CLT Blog does some digging into SEC filings and finds that Yap — which is based in Charlotte, North Carolina and previously raised $6.5 million from SunBridge Partners, Harbert Venture Partners, Pittco Capital Partners — was sold to a company by the name of Dion Acquisition Sub.

Well, that might not sound like Amazon.com. That is, until you look at the address of Dion Acquisition Sub: 410 Terry Avenue.

As The Atlantic Monthly notes, that just so happens to be one of the buildings at the new headquarters of Amazon.com.

What will be interesting to watch is whether Amazon embeds some sort of voice control into upcoming versions of the Kindle Fire tablet. At this point, the Web site for Yap said that it discontinued its Voicemail service as of October 20th.

The terms of the deal, which closed in September, were not disclosed in the SEC filing.