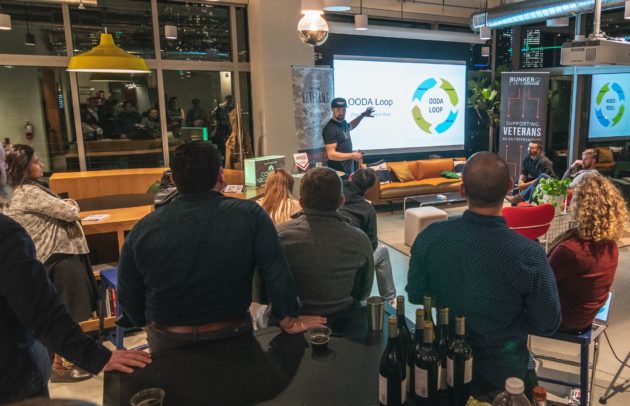 Washington state is home to one of the largest military networks west of the Mississippi, which means a large number of Veterans settle in the Evergreen State after serving. According to the Washington State Department of Veteran Affairs, more than half a million live and work in Washington state, with 285,000 plus calling the Puget Sound region home.

While many in the military community find work with local organizations that offer great incentives for military Veterans, others may choose to run their own small businesses (SMBs). Today, roughly 9 percent of all SMBs nationwide are owned and operated by military Veterans. Skills developed in the military often translate well into entrepreneurship and business ownership, however, one skill this group – and many new business owners alike– often needs training on is how to take advantage of the digital tools and resources to amplify a business’ online presence.

Where can the entrepreneurs of the local military community go to get more of this training? The answer is Bunker Labs. This national organization helps military Veteran entrepreneurs and military spouses thrive in their business ventures. In collaboration with Comcast, Bunker Labs’ Seattle office piloted the organization’s first-ever digital business training course for military Veterans and their spouses here in the Puget Sound region– Bunker Labs Digital Boot Camps. 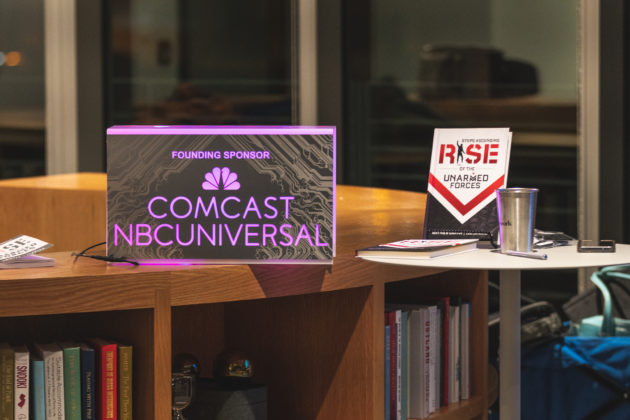 Running February through April, Bunker Labs Digital Boot Camps offered these entrepreneurs a basic blueprint for honing their technology skills and folding digital business concepts and tools into their everyday operations. These sessions also featured special guest speakers from the local entrepreneurial community who have first-hand knowledge of the digital-first business environment. 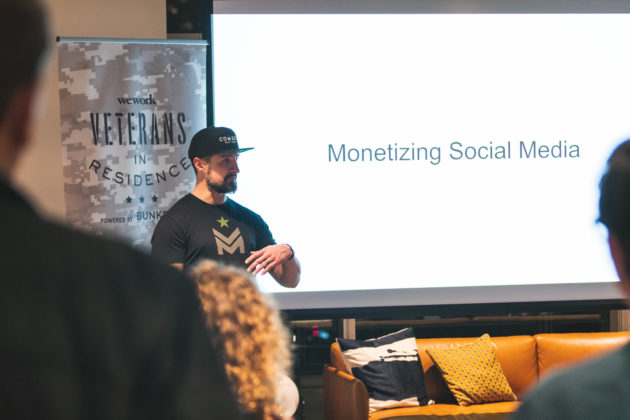 “We were excited to be the first market to premiere this program nationwide,” said Daniella Young, City Leader, Bunker Labs Seattle. “The more we can empower this community with the right tools and resources, the more tech savvy they will be in today’s digital-first business environment. We are happy to have Comcast’s support. The company’s expertise in building technology programs has been instrumental in this launch.”

Comcast’s work with Bunker Labs and the creation of this digital business training course was supported in part by company’s nationwide program called Internet Essentials. Internet Essentials is the nation’s largest and most comprehensive high-speed Internet and technology adoption program for low-income individuals and families. The program expanded in 2018 to offer additional services to the military community, and currently serves more than one million Veterans and military family members nationwide, including 60,000 participants in Washington state.

While this first extension of Digital Boot Camps has wrapped up, members of the military community from across the Puget Sound region can still take advantage of all the organization offers. Bunker Labs Seattle has a number of year-round programs for entrepreneurs in the military community. Through the Launch Lab online program, first-time entrepreneurs receive tips and training for starting their business through a web-based training course. In Partnership with WeWork, Bunker Labs also offers its Veterans in Residence initiative, which provides space, services, business mentorship, and community support for business owners. Lastly, for more mature small businesses, the organization offers CEOcircle. This application-based program gives more mature organizations a network of resources for supporting long-term organizational health and overall growth.

If you are a member of the military community who started your own business venture and are interested in learning more about Bunker Labs, email info@bunkerlabs.org. You can also join the organization for one of its monthly happy hour and networking events, Bunker Brews.